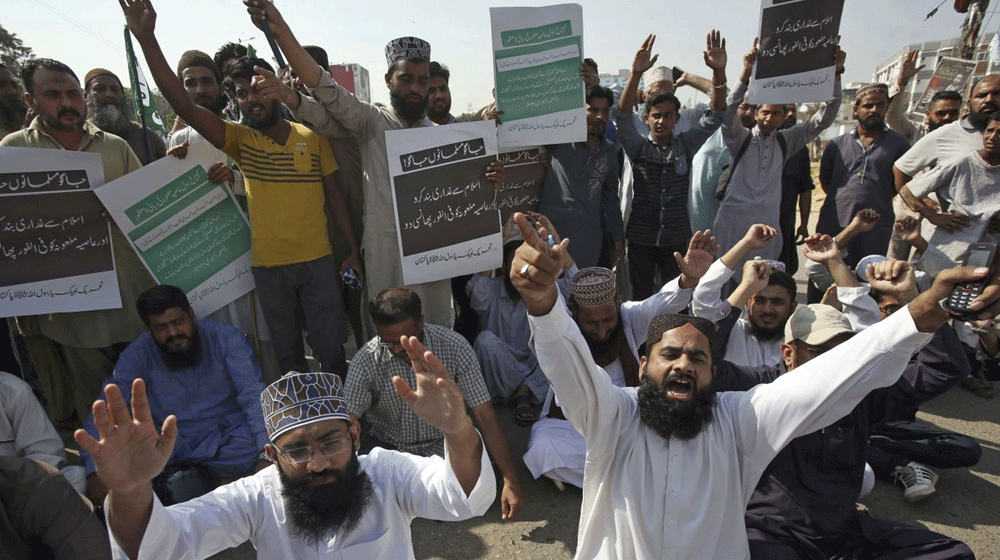 After two days of country-wide violent protests that brought the country to a grinding halt, it seems things will be going back to normal soon following the government’s move to reach out to the protesters through intermediaries.

There are reports that the protesters staging sit-ins in different parts of the country have shown their willingness to end the protest after the government conceded their two import demands.

The protests have been sparked by a Supreme Court ruling on Wednesday acquitting a blasphemy accused. The protesters are demanding that the acquitted woman’s name be put on the exit control list (ECL) and a review petition be filed in the apex court seeking to reverse its decision to set the woman free.

Pakistan Grinds to a Halt After Asia Bibi’s Acquittal

According to the sources, talks between the protesting religious groups and the government are moving in the right direction.

They said that the protesters showed their willingness to end protest if their certain demands are accepted.

Earlier today, a meeting between opposition and government was held in Islamabad. The meeting was attended by the members from both the government and opposition which deliberated over the prevailing law and order situation in the country.

The government delegation was headed by the Defence Minister Pervaiz Khatak, which met with the opposition leader Shehbaz Sharif, PPP chairman Bilawal Bhutto and others. 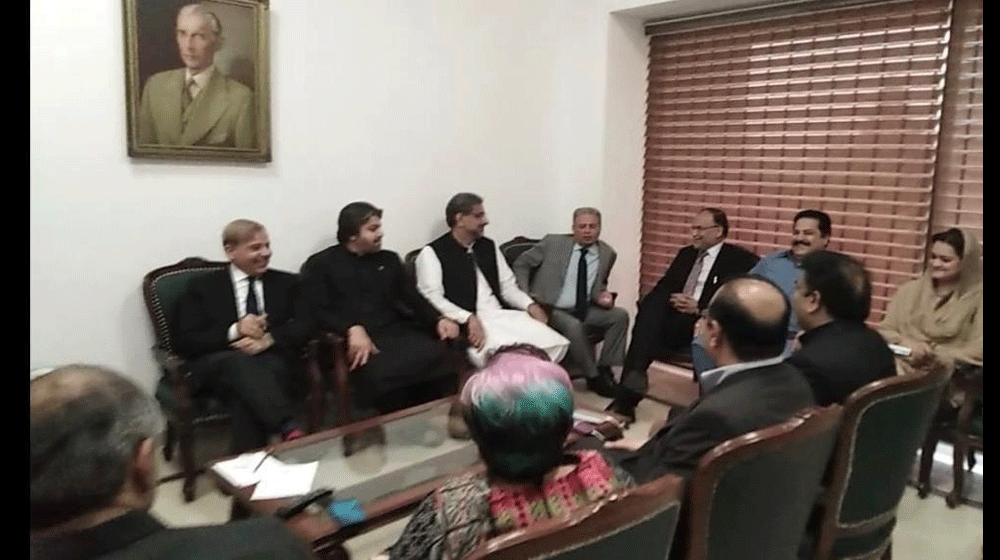 The Opposition Leader had warned that using force to curb protests will lead to horrific consequences, suggesting the protesters be engaged through talk and persuaded to end sit-ins.

Confusion Cleared Up Regarding the Review Petition

On Thursday, a review petition was filed in the Supreme Court’s Lahore Registry by a private citizen Azhar Siddiqui .

During the same time, Punjab’s Minister of Information Fayaz ul Hasan Chauhan went on record to say that hopefully protests will end tonight (Thursday). He also mentioned that Aasia’s name will be put on ECL as per the protesters’ demand.

He said the government has been in contact with Tehrik-e-Labbaik Pakistan’s chief Khadim Hussain Rizvi and other religious groups.

However, an hour later, the Federal government denied that any such settlement was being considered. The Federal Minister for Information Fawad Chaudhary as well as Human Rights Minister Shireen Mazari both clarified the news going around:

Review petition, a legal right exercised by an individual, accepted by the court. Protests/ violence instead of a legal course was unacceptable. No one can take law into hands and govt shall ensure writ of the state as Expressed by the Prime Minister of Pakistan.

The TLP has called for a nationwide strike for Friday. People are being advised to stay indoors given the uncertain law and order situation in numerous cities.