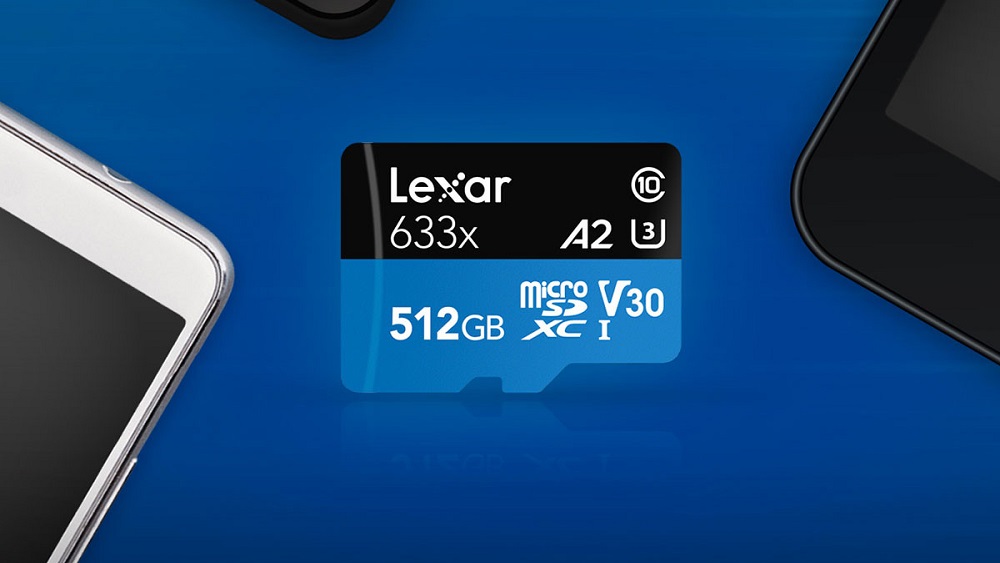 The best microSD card in the market right now.

If you’re in the market for a new super-sized microSD card, you’re in luck. Lexar has just launched their new A2 rated 633x 512 GB card, which they’re billing as “the world’s largest A2 microSD card”.

Now what’s the difference between a regular card and an A2 you ask?

About The A2 Standard

A2 stands for Application Performance Class 2, meaning that this particular microSD card is optimized for moving and running apps and games from the phone’s internal storage to the SD card without any problems.

As apps rely more on running multiple operations and tasks per second than raw transfer speed, this card is perfect for the job. It is tailor-made with Input/Output Operations per Second (IOPS) in mind and doesn’t offer great sequential read or write speeds.

It also has a V30 rating aside from the A2 which we explained earlier. This means that the card manages 30 MB/s of sustained write speed, peaking at 100 MB/s for a small amount of time, making it great for 4K video recording.

Comparing Lexar’s card against others, Samsung’s EVO+ 512 GB card has the same rating that we mentioned earlier but doesn’t have the A2 rating (not good for apps/games). Meanwhile, Integral and PNY‘s cards have a V10 rating (lower than Lexar’s V30) and don’t have an “A” rating.

Lexar’s 512GB A2 microSD card is available internationally for $300.