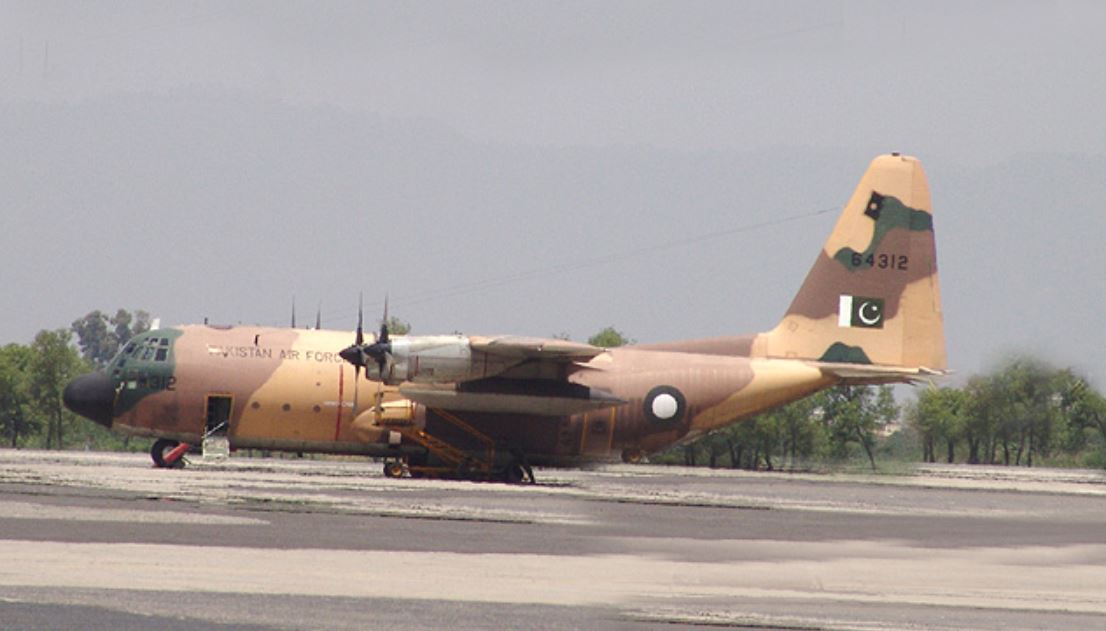 One of PAF’s transport aircraft makes a crash landing.

A C-130 cargo aircraft belonging to the Pakistan Air Force reportedly crash landed at the Nur Khan airbase on Friday.

The airbase, which is situated in Rawalpindi, witnessed the aircraft in flames after it made an emergency landing. Reports say that both the pilot and the trainee pilot are safe.

A spokesperson for the Pakistan Air Force revealed that one of their PAF C-130 aircraft caught fire during an emergency landing at the Nur Khan airbase.

No casualties have been reported and the spokesperson also stated that the fire has been put out.

Based on information provided by the PAF, the aircraft was out on a routine training round when the plane caught fire and had to make an emergency landing.

The cause of the incident has not been revealed. However, the authorities have called for a board of inquiry to look into the root cause behind the incident.

The US-made C-130 cargo aircraft is a four-engine turboprop aircraft intended for military and relief applications. It is the PAF’s main transport aircraft and part of its fixed-wing transport fleet.

The aircraft was first inducted in the PAF in the early 1960s. It is regularly used in relief operations in most calamity-hit regions in Pakistan.

It is also used to transport paratroopers and special operations forces.