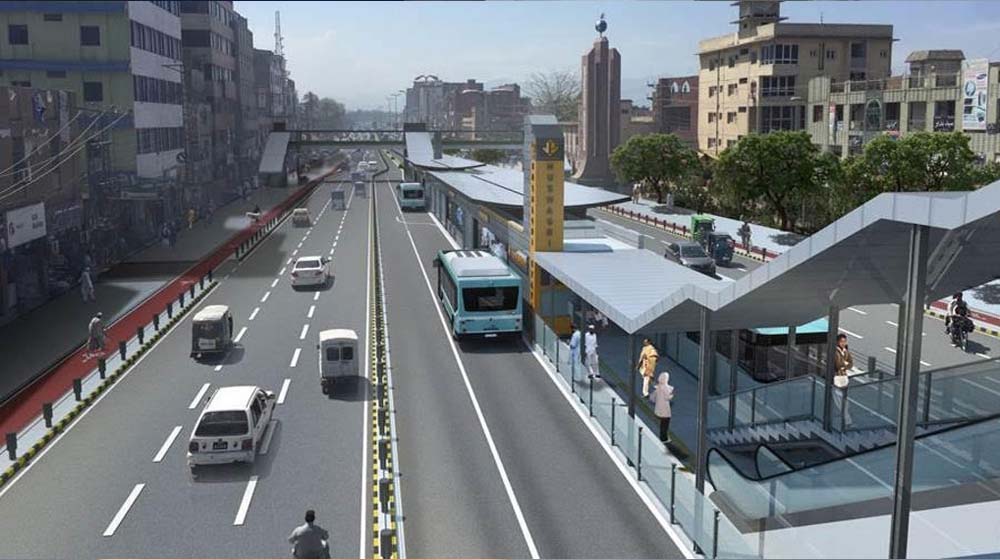 The provincial government of Khyber Pakhtunkhwa once again set a new deadline for completion of its flagship Bus Rapid Transit (BRT) project in Peshawar.

The government announced on Wednesday the project will now be inaugurated on March 23, 2019.

The meeting decided that the project would be completed by March next year and it will be inaugurated on 23rd March 2019.

Dedicated Bike Lanes to Be Installed for Peshawar BRT Project

The chief minister constituted special teams to monitor and expedite work on the project for its completion by the new deadline.

After the meeting, KP government’s Spokesman Ajmal Wazir said that completion of the transport project would be ensured by the new deadline.

He added that in case of further delay, strict actions would be taken against the concerned departments and the project’s contractor.

As per the original plan, the project was to complete by March 2018. However, the deadline was missed and since then the project is facing delay.

The government changed the deadline for the project’s completion many times. Not only the project got delayed, but it cost also escalated with the passage of time.

The project’s cost has gone up from its initial cost of Rs49 billion to Rs69 billion.