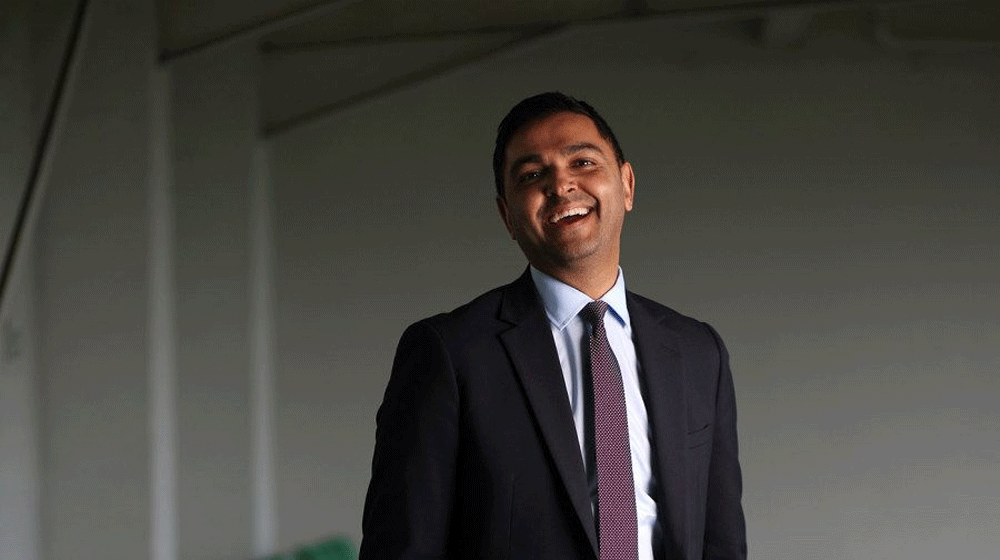 Pakistan Cricket Board (PCB) has announced the appointment of British rising star Wasim Khan as the Managing Director (MD) of the board for three years.

Khan is currently the chief executive of English county Leicestershire and was also the front-runner to replace Andrew Strauss as director of England Cricket.

The 47-year-old Bringham-born held talks with the board this week and received a nod from the officials.

A statement from PCB said Wasim’s appointment was made after a “comprehensive two-phase selection process, which saw over 350 candidates expressing their interest following an advertisement for this position.”

“I am delighted to be offered the position of Managing Director of PCB – a role which I have accepted as a challenge,” said Wasim

“I have my roots in Pakistan, a country which is full of talent. I will be relocating to Pakistan with my family who are as excited as I am.”

“We welcome Wasim who will be joining the PCB soon. He was selected unanimously following a robust interview process with some seriously good candidates. I must thank every applicant who participated in this process,” Mani said in a statement released on Thursday evening.

“Wasim brings with him fresh ideas and knowledge of cricket, and he will receive the support of the Board and the management of PCB.

“We have started the process of revamping the PCB, and under Wasim, we now have an experienced leader of the management team who will oversee the implementation of the Board decisions. His first task would be to oversee the reforms of domestic cricket structure”.

He demanded Prime Minister Imran Khan, once his fellow fast bowler, to take action on the matter.