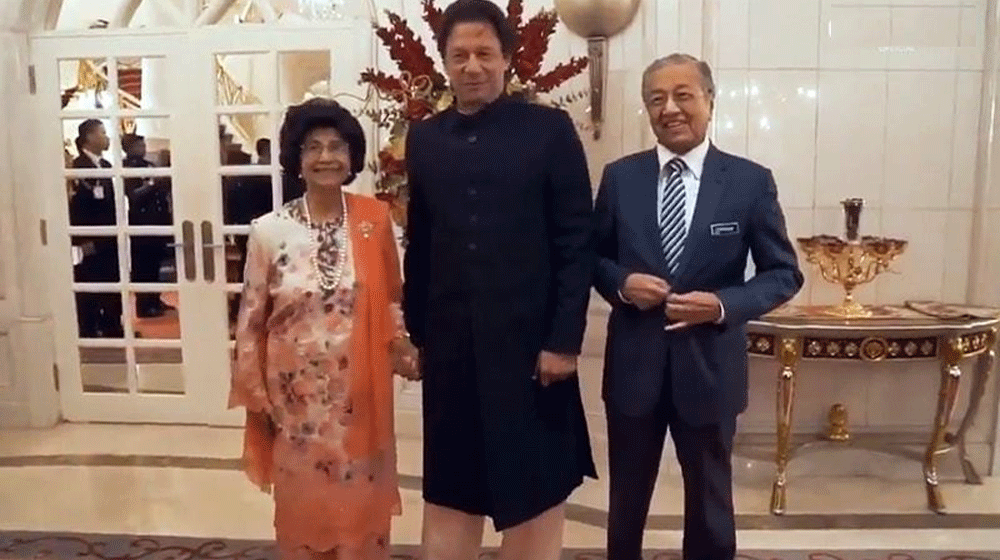 Malaysian First Lady Dr Siti Hamash, who spread smiles on millions of faces in her country and in Pakistan with her cute gesture of holding Prime Minister Imran Khan’s hand during a photoshoot back in November, has finally explained about the incident.

In a public gathering, Dr Siti made people burst with laughter by sharing the details of the ‘cutest moment on the internet’ from PM Imran’s visit to Malaysia.

She said the photo session with PM Khan and his wife was scheduled after lunch.

“Mahathir asked to arrange for a picture-taking session, but it got delayed for some reason and he [PM Khan] was about to leave. So we hurriedly took our positions. I asked him if I could take his hand. He smiled and said yes,” Siti Hasmah said.

She further added that Imran Khan is just like her son and he [Khan] also calls her Mom.

“So I took his hand. Why I did that is because he is another illustrious son who came to our humble home. So what is wrong with that? Why are you jealous?” she asked again?

Dr Siti went on to say that before PM Imran she had also held the hand of Russian leader Vladimir Putin during the strongman’s visit to their humble home at a time when their family was out of politics and not in the limelight.

“When my daughter-in-law saw the news report regarding the incident, she teased me that she was ‘ashamed’ of me flirting with Putin,” Malaysian First Lady said sending a wave of laughter across the hall.

She also shared a glimpse of an incident where she mistakenly held another man’s hand instead of her husband Mahatir Mohamad.

“I was so ashamed. I scolded my husband and told him ‘this is what happens when you are not beside me’.”