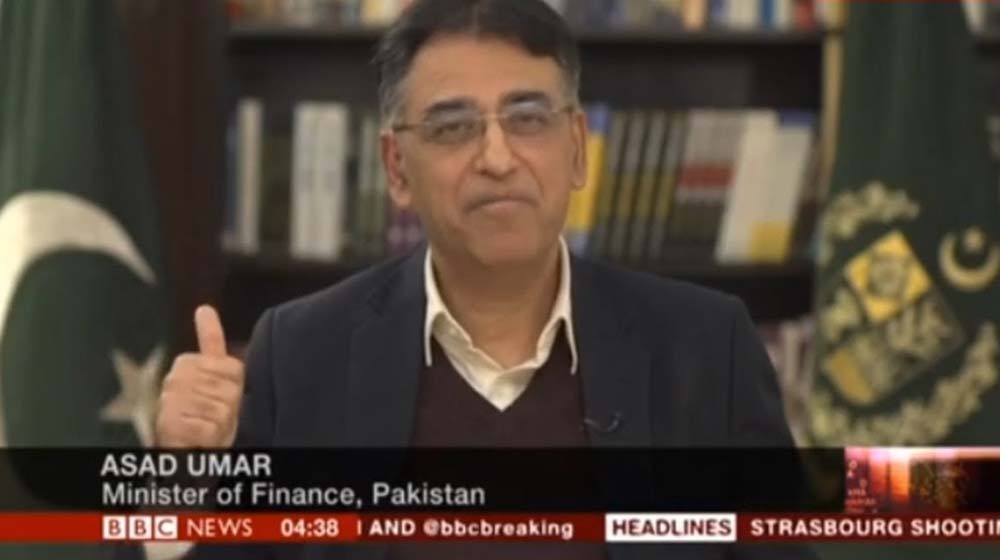 The broadcaster came under fire for not adhering to journalistic ethics by omitting Umar’s remarks regarding incarcerated Indian spy Kulbhushan Jadhav from the interview altogether. BBC cited that it had edited the interview for ‘technical reasons’ and therefore could not broadcast those extra 14 seconds of the clip in question on TV.

Twitter users from Pakistan, including some of the sitting ministers, lambasted BBC for their clear bias in this regard. Many alleged that the BBC may have chosen not to air ‘anything against India.’

You or the @BBCWorld would never be intimidated by India’s intelligence agencies!

What’s the story? What happened?

Hi @stephensackur is this true? Would appreciate a response https://t.co/zAxxw9Ut20

To this, HardTalk’s official Twitter handle not only confessed that it had omitted the Kublhushan part but came up with a ‘clarification’ for its act.

The reason Kulbhushan Jadhav’s name was deleted from the TV version of the HARDtalk interview with Asad Umar has a simple technical explanation.
The recorded interview was too long for our broadcast slot and so had to be edited. This was done separately for radio and TV. 1/2

His name was omitted from the TV version. This was not an act of censorship, but clearly confusion has been caused, so we are happy to restore that short section to the TV broadcast and we’ll give the new programme an extra airing tonight as well as tomorrow morning. 2/2 https://t.co/STjcCKsWGt

Sackur also shared these tweets from his handle to make a clarification.

To everyone who watched and listened to my interview with @Asad_Umar…. an important clarification from @BBCHARDtalk https://t.co/O7LcxsWuqF

After the public outrage, BBC decided that it will be airing the program again today, with the additional 14 seconds pertaining to the Indian spy’s involvement in terrorist activities in Pakistan. The event also marks a rare victory on the world media front for Pakistan.