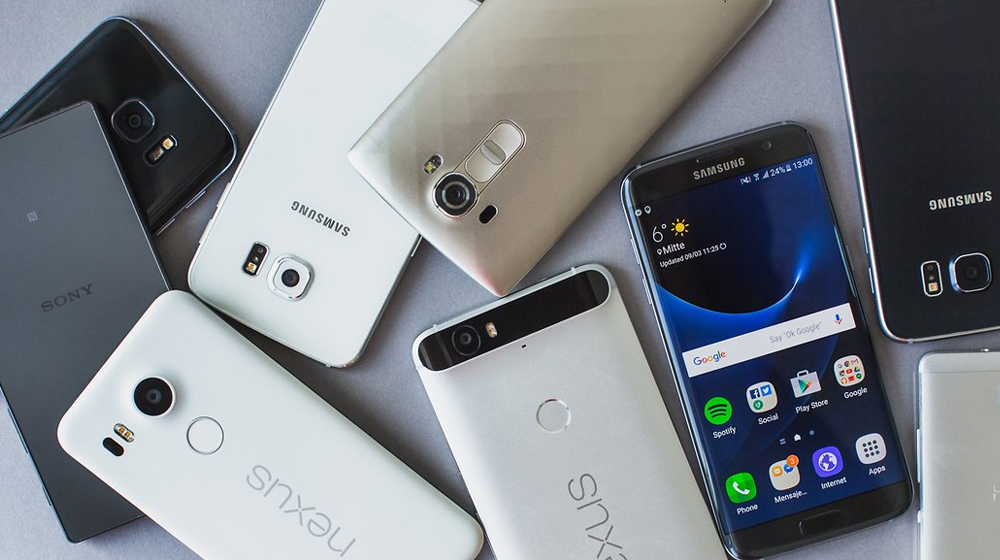 There has been a lot of discussion on the internet and mainstream media regarding the new mobile registration system. And yet, people are still nervous and unclear about how they can get their mobile phone registered and whether they have to pay taxes on their new phone or not.

The new mobile phone registration came into effect on December 1, 2018. While it was assumed that now all the disarray will fade off, that is far from what’s happening right now.

Those planning on bringing Mobile Phones from abroad are now clueless as to what will happen when they come to Pakistan. Some of you may think that once you land here, all the confusion will go away, as going to the customs office will answer most of the queries.

That too is far from happening.

Overseas Pakistanis have been complaining of mismanagement and having to bribe to get their job done.

They resent that even approaching the concerned departments has not helped them, as they are told to go to another department, which then sends them to some other one.

Here is the video of the aggrieved individuals, and there are many of them. 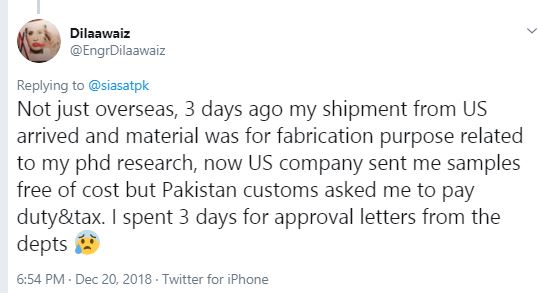 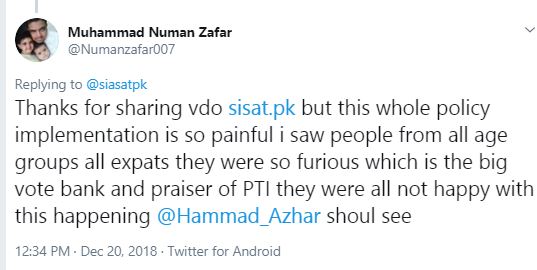 According to one person, when he went to the customs office, they sent him to the airport office. Airport office told them they do not deal with the registration and told him to go to the cargo office.

At the cargo office, neither the system is functioning properly nor are they able to log in. People are standing there with the issued tokens for hours.

The government is dubbing its new policy as an attempt to foil smuggling of mobile phones. However, since the announcement, if anyone is facing trouble due to this policy, that is the common man, not the smuggler.