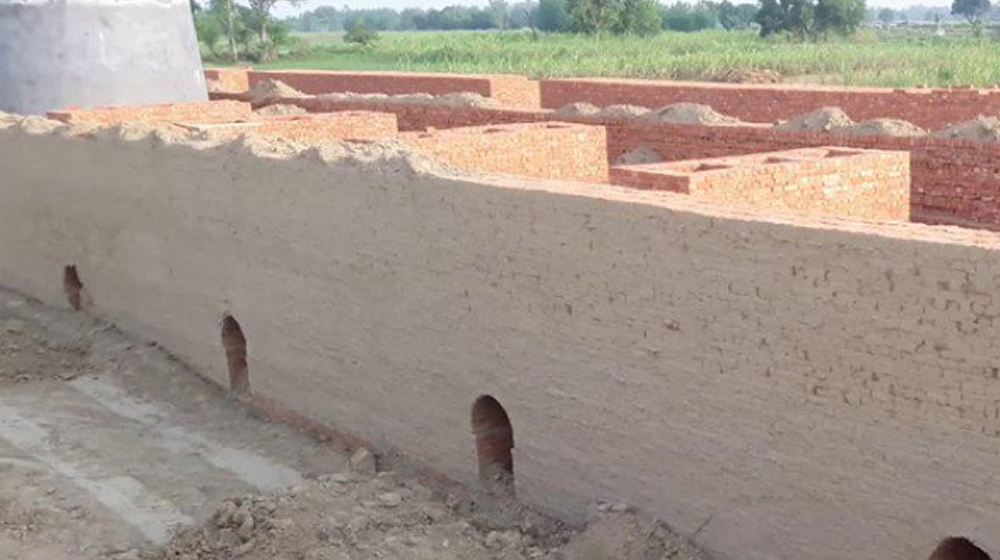 According to the brick kiln owner Muhammad Khalid Umar, the zigzag technology reduces coal consumption by 40 percent. The kiln enables baking 0.7 million bricks at the same time, he says.

“Around Rs. 10 million were spent on constructing this brick kiln. Not only does it not cause pollution, but it is also cost-effective,” says Umar.

This kind of technology has been recommended by the experts and recently endorsed by the government as well. In fact, the government has ordered all the kiln owners to convert their kilns into zigzag or face a shutdown until the smog season is over. The modern brick kilns will help improve air quality.

Brick kilns are among the major contributors to smog in winter. With zigzag technology, they cause less air pollution and reduce the cost of baking bricks as well.

Experts are of the opinion that the zigzag brick kilns emit white smoke. White smoke is not detrimental to human health, especially when compared to the black smoke emitted by the conventional brick kilns.

It is pertinent to mention here that smog, created by the blend of black smoke in the atmosphere, causes a number of health issues. Its harmful effects range from chronic bronchitis, asthma, eye infections, lungs diseases, and respiratory diseases.