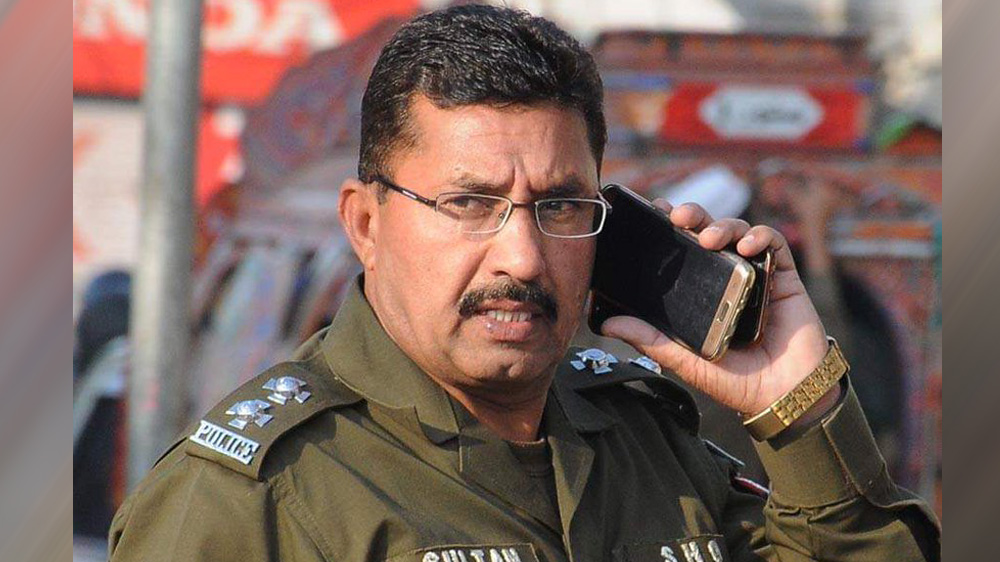 SHO Sultan Qamar saves the day in a daredevil fashion.

Sometimes we forget that the normal policemen and policewomen near us have one of the toughest jobs around. They often work for low wages and are expected to risk life and limb come what may if it means that the public can sleep well at night.

And then there are some exceptional police personnel who go above and beyond their duty. Even at the risk of losing their lives, they don’t let anything come between them when it comes to their responsibility to uphold the law.

Nothing captures that statement as this video clip:

Our brave SHO City Rawalpindi arrested one armed Robber while another continued firing at him.

These are the brave men who put their lives at risk everyday that you may go through yours peacefully.

Next time you meet a police officer remember this video!!!#SalamPolice pic.twitter.com/IuDc9GzC6G

This clip shows Sultan Qamar, who is also the SHO of Rawalpindi City Police, apprehending a criminal in public while another one tried to free his accomplice by shooting point blank at the cop.

As you can see, the whole incident happened at a crowded place and you can actually sense the panic as people fled the scene.

Obviously, this raises the question – did the cop act recklessly in engaging the criminal at an apparently public place? Or did he make a judgment call after considering all variables? After all, we all tend to complain that cops usually don’t do anything if they see a robber in their jurisdiction, so maybe, just maybe there’s more to this incident than we can discern from the video above.

Perhaps in engaging the criminal, SHO Qamar avoided a bigger tragedy from unfolding.

In any case, this act of bravery in the line of fire isn’t something we see every day. And I think we can agree that if all cops were as fearless and dedicated as Sultan Qamar here, criminals would think twice before going about their nefarious activities.