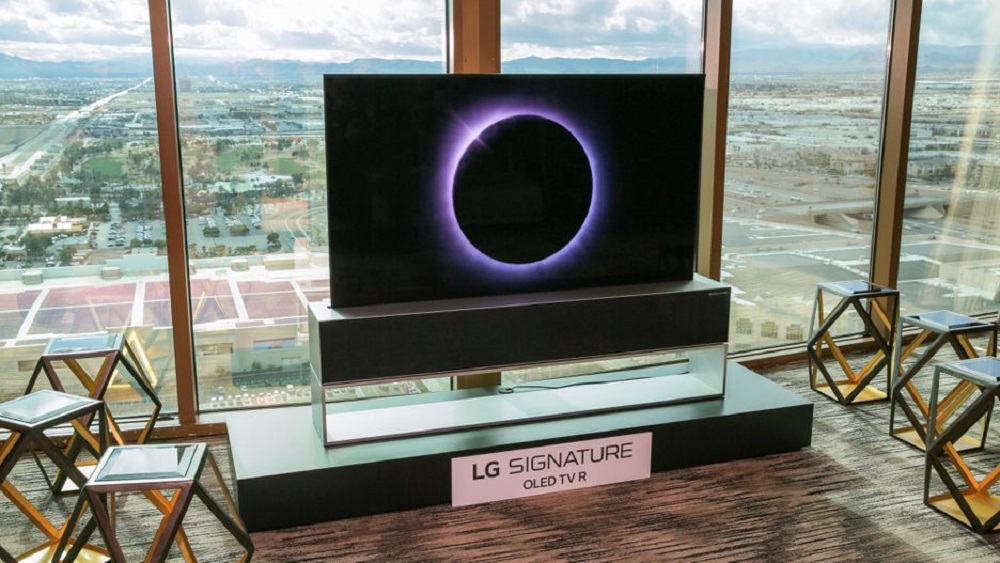 You can now buy this TV if you’re a fan of cool looking TVs.

Remember the futuristic looking TV from LG last year? It’s got a few upgrades and is coming in stores for 2019.

LG first showed off the display last year, more as a proof of concept than a consumer product, but there wasn’t much to see aside from the display sliding out of the box.

Now, the South Korean electronics giant has added a few improvements to it under the hood and is planning to put it up for sale later this year.

When fully unrolled, the OLED display offers 65-inches of screen real estate at 4K resolution. As you’d expect from an OLED TV, the colors are vibrant and the blacks are deep. 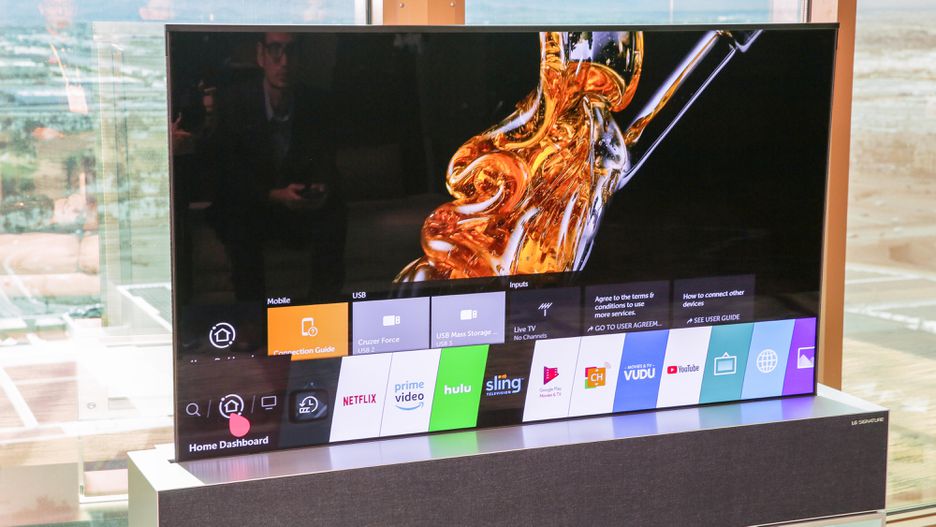 Being a smart TV, it runs LG’s webOS software that’s found on other LG smart TVs as well. 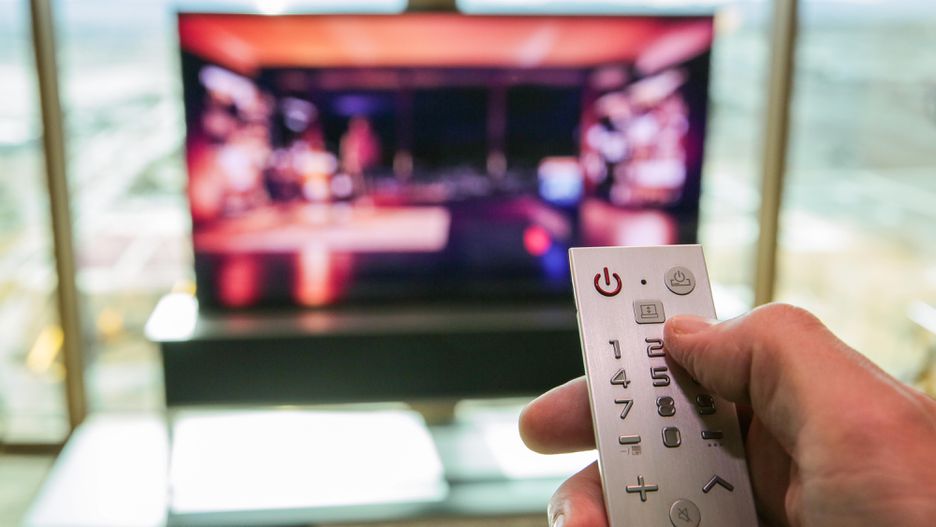 Underneath the display, inside the long box that looks like a large soundbar, are 100W Dolby Atmos rated speakers. 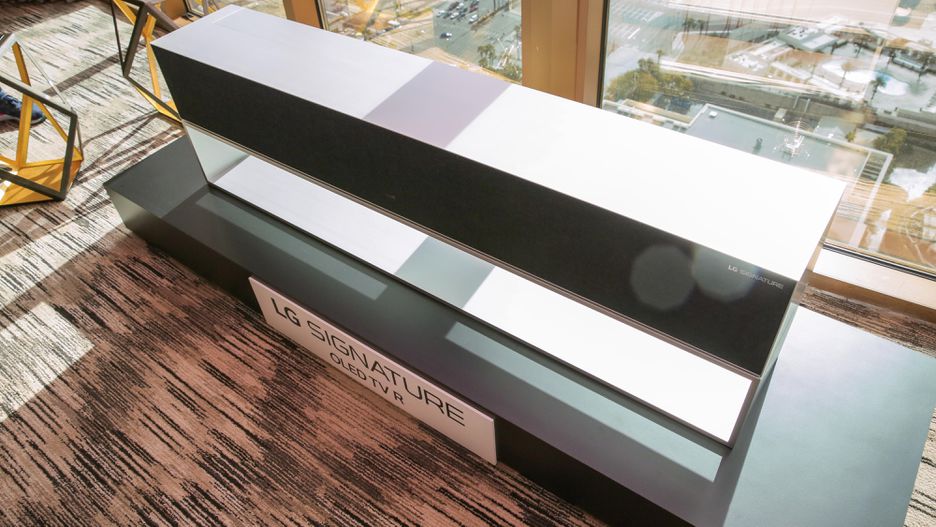 When the TV is turned off, it folds back into the base, which looks like a piece of minimalist furniture.

The whole mechanism takes 10 seconds to roll out. Once you take a look at the back of the TV, you’ll understand how it works. There are several horizontal bars stacked together which are rolled and unrolled using two arms on each side of the TV. 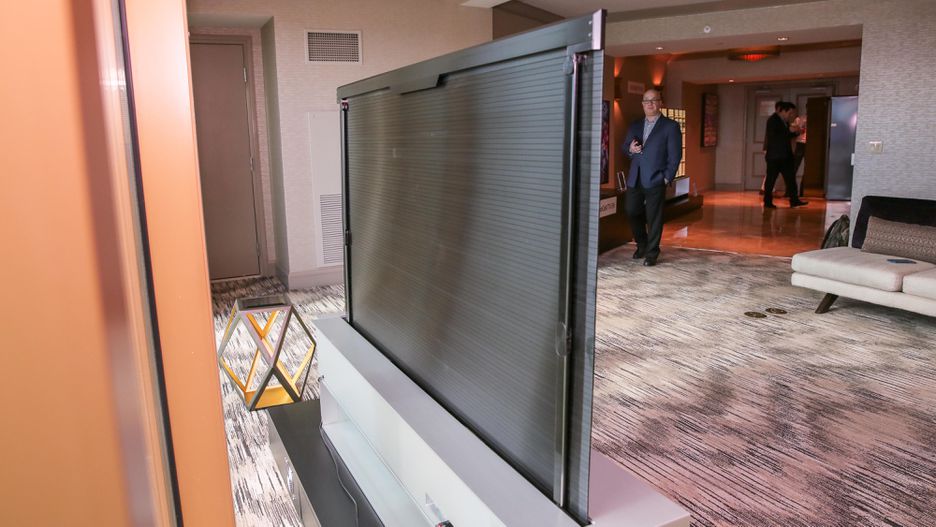 There are four HDMI ports, 2 USB ports and an AV port at the back, under the display, and it will come with Google Assistant and Amazon Alexa on board. 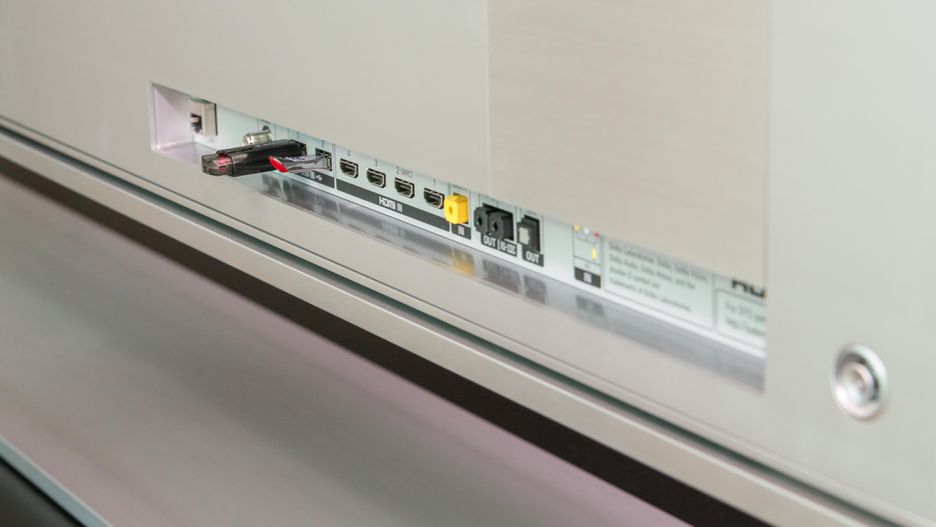 There’s also a button on the remote that can put the TV into Line Mode. In this mode, the screen is rolled out just a tiny bit from the base and shows you pictures, displays a clock or plays music if you like. You can also close down the TV and play the music via BlueTooth. 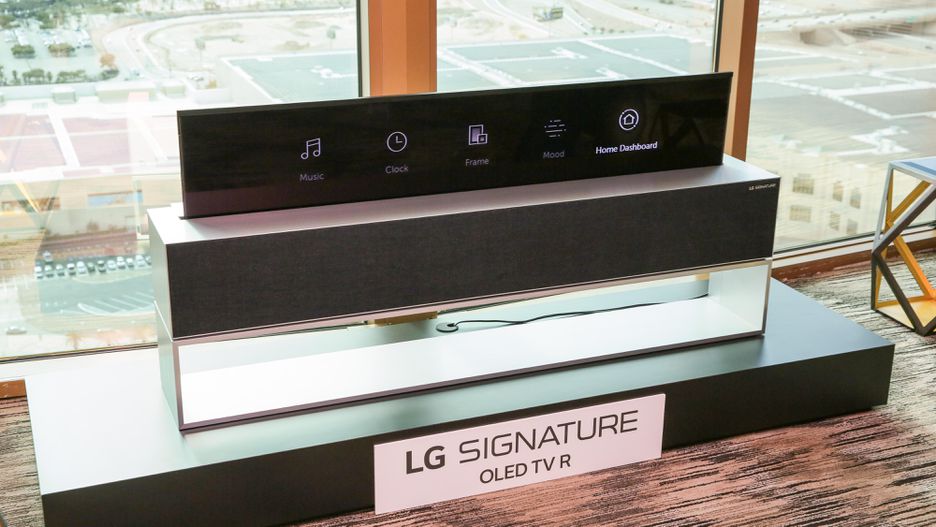 Now, LG hasn’t really announced a price for this TV yet, but considering a regular 65-inch 4K TV goes above $1,000 easily, this should be at least $6000-$7000 once it is released. As for its release date, LG says that it will be available by Spring this year.

If you like the cool factor of the TV and you’re willing to shell out some extra cash for it, LG’s Signature OLED TV won’t disappoint.