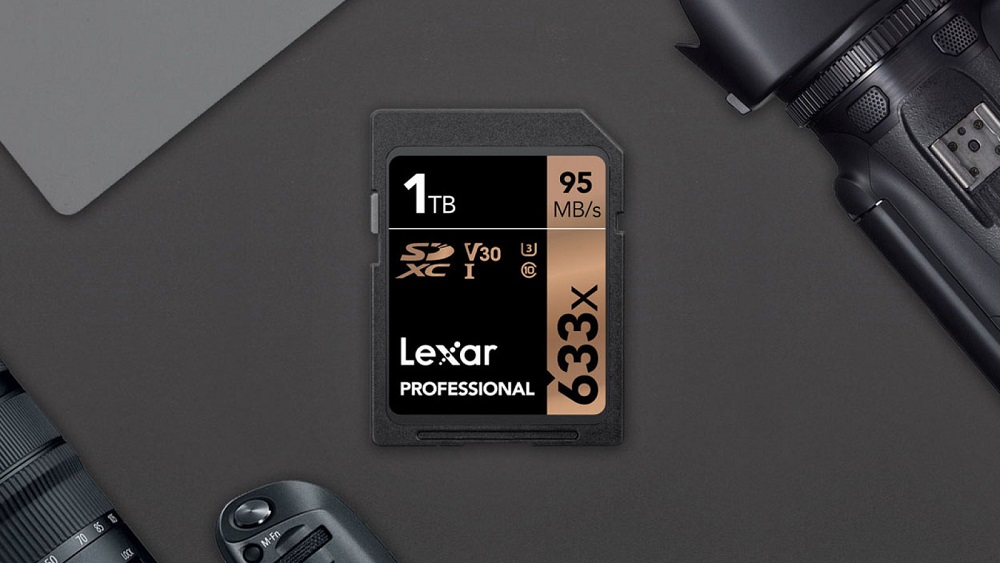 About as much storage as your hard disk drive.

Along with smartphones, mindblowing tech, computers, and vehicles, the CES 2019 also showed a cool new piece of tech for those who shoot a lot of high-definition content.

Changing SD cards every time you want to record a video in 4K might be becoming a thing of the past very soon, as Lexar has announced an SD card with a whopping 1 terabyte of storage.

The SD card called the Professional 633x SDXC UHS-I, can store 1 TB of pictures and videos, which should last you much longer without having to switch to another memory card.

This amount of storage translates to about 500 hours of video, and allows most cameras to store, transfer, and play both 1080p and 4K videos at great speeds. The company, Lexar, has promised 95MB per second of transfer speed, so you don’t have to worry about any lag or stutter for high-quality video playback.

As more, storage-demanding video and image formats (such as 3D videos) are becoming popular, this kind of storage equipment is high-in-demand among photographers and content creators.

The memory card, by the way, has been designed to work well with most midrange DSLR cameras, 3D cameras, and also high-end camcorders.

As consumers continue to demand greater storage for their cameras, the combination of high-speed performance with a 1TB option now offers a solution for content creators who shoot large volumes of high-resolution images and 4K video.

However, do note that this amount of storage and speed doesn’t exactly come cheap. The memory card will hit the markets at a price of around $500.