Samsung’s foldable phone has been in the news for well over a year now, and it’s about time the company actually launches the devices instead of just teasing it.

The so-called foldable phone concept raised major hype in the market, as a number of companies started working on their own iterations, and have been on a race to be the first ones to launch such a phone.

While we already know when the Galaxy S10 is getting launched, Samsung has remained silent about its foldable flagship. But it kind of has confirmed when the third flagship – which is not a Note 10 – is going to be launched. The news does not come from a shady leak source, but rather from Samsung itself.

Samsung’s latest advertisement campaign spread billboards across Paris, that talk about the company’s big upcoming event where the S10 is getting launched. There’s a subtle hint within the words for those who are keeping a close eye. 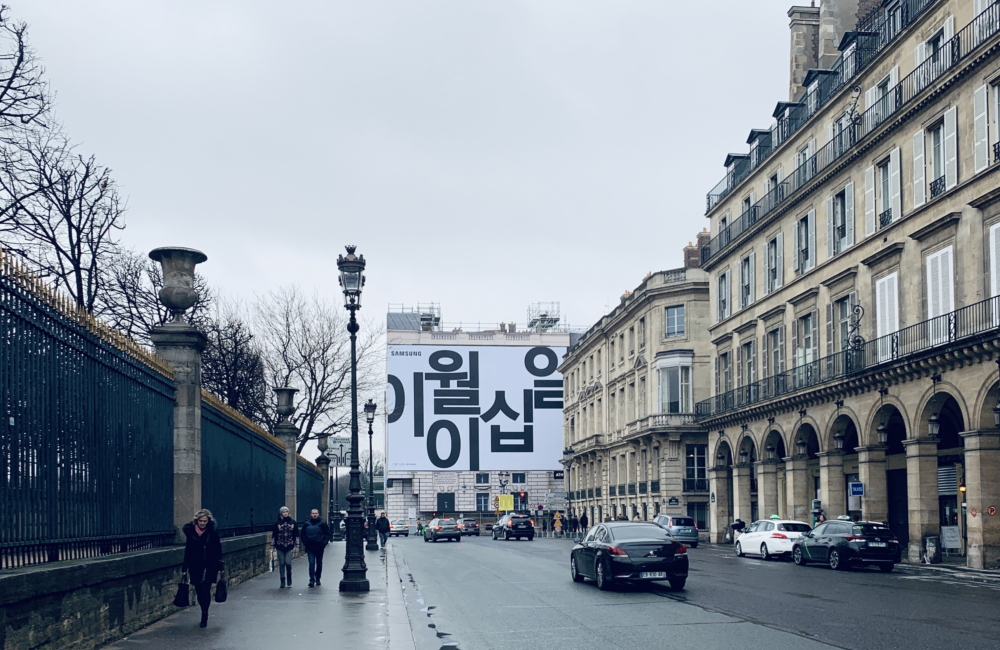 The billboards show an ad written using Korean characters, that translate to an intriguing message: “the future unfolds”, on the 20th of February.

February 20, by the way, is when the upcoming “Samsung Unpacked 2019” will be held, where the Galaxy S10 lineup will get unveiled. But now we can say for sure that the event will show more than what we have hoped for – the foldable phone is finally getting an official unveiling.

This is not the first time a foldable phone has been launched, with FlexPai’s Royole being the first official “foldable” phone. It wasn’t exactly up to par with issues in the OS and how the screen worked.

This launch is big in its own right, mainly because Samsung’s iteration is expected to be more practical and more popular. It’s also the first time a company the size of Samsung is working on such a device, so it’s really intriguing what the South Korean giant is looking to bring to the table.

Huawei is also working on a similar device. We are expected a “foldable future”, where we’ll get to see more of such devices from some of the most well-known smartphone makers in the world.