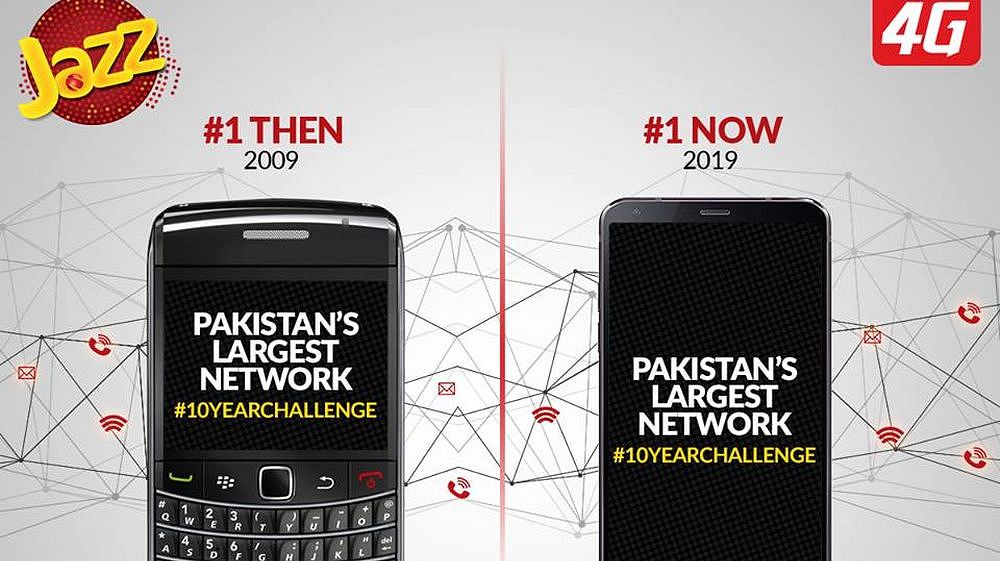 Millions of people, celebrities and even corporations took on the #10yearchallenge during the past few days. While we all had fun with the memes – some actually posted thoughtful stuff.

For example, Jazz showed us how to win at the #10yearchallenge even though this wasn’t even a competition. The telecom company posted a picture for the challenge.

People change over time, but Jazz? Still the most loved brand of the country. #JazzSuper4G #DunyaKoBataaDo #10YearChallenge

So what changed for the company? Well, in order to maintain their numbers, the company obviously had to upgrade services and keep up with the times (Jazz did get The Speedtest® award from Ookla®, an independent organization that tests internet speeds globally).

Jazz’s idea for the #10yearchallenge was so neat that a certain someone even borrowed it (without asking). Soon after Jazz posted its #10yearchallenge, Airtel followed suit.

The similarity is uncanny (they look like twins). We’re just glad somehow that creativity seeped through borders. While Airtel doesn’t intend on changing even by 2029, Jazz has big things planned.

Jazz has changed over the years. They’ve gotten bigger and better at what they do. That’s how they are still the largest network in Pakistan, they grew with us. Not just as a mobile network provider but also as a mobile Internet provider. They also have the largest mobile internet user base of over 20 million customers.

Ideas can be replicated, success though cannot.