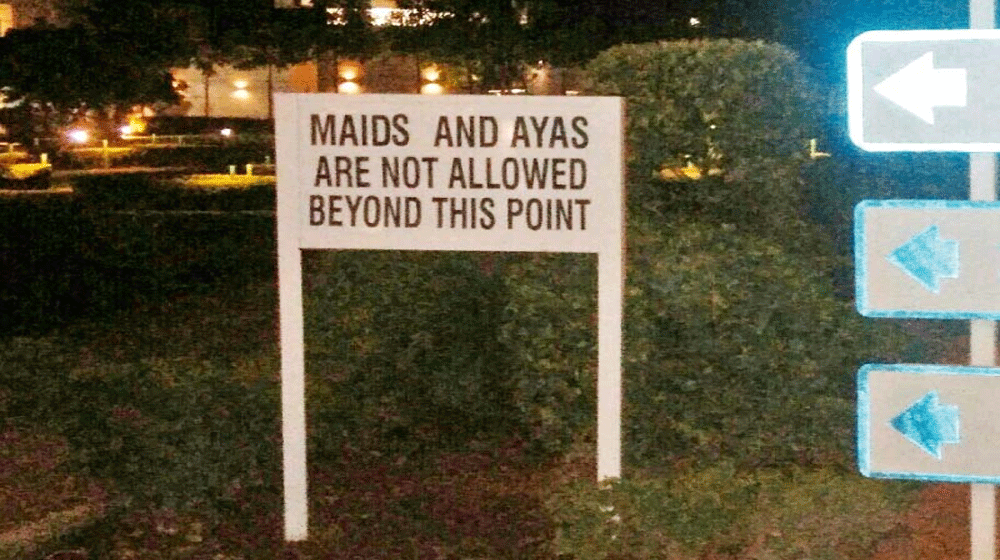 In an unprecedented move, Prime Minister Imran Khan has ordered the removal of all discriminatory sign-boards and notices from social clubs and other public places that restrict the free movement of domestic servants.

The premier passed the order while chairing a high-level meeting regarding the GSP Plus status of Pakistan. The order will not only end the class-discrimination in such places but will also encourage people to finally break the shackles of our colonial past.

The issue had first emerged in 2017 when a picture of the sign-board at Islamabad Club reading “maids and ayas are not allowed beyond this point” surfaced on social media.

Several social clubs in Islamabad which count among its members’ senior government bureaucrats, politicians and diplomats barred the entry of maids and helpers beyond a certain point.

PM Khan also directed the ministry of Human Rights to take measures to ensure complete elimination of bonded labor from all parts of the country.

The premier ordered the Bureau of Statistics to conduct a survey and collect data about Child labor and subsequently formulate a comprehensive strategy to provide basic facilities and proper education to such children.