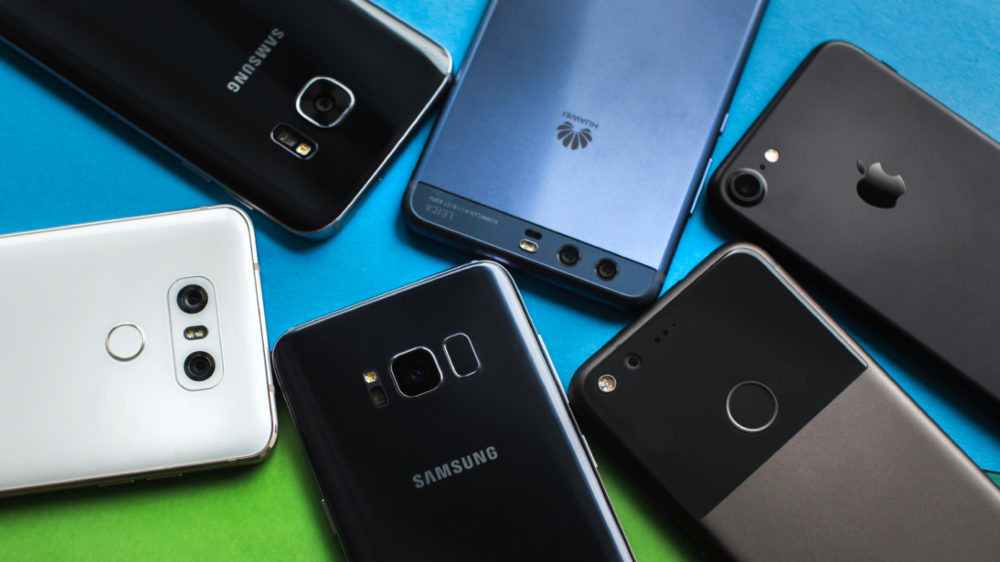 Are high prices the reason for the fall in smartphones sales?

The smartphone market has been struggling, and why not? Prices are at an all-time high, especially for the latest iPhones, offering the “best” for no less than $1000. Copying them, other manufacturers have also priced their flagships higher than ever.

“No one buys $1000 flagships” isn’t just words since now, there’s actual data to back up that claim.

International Data Corporation (IDC) has over 1,100 analysts that provide global expertise over trends and opportunities in the industry and for a long time have been the go-to publisher for their excellent analysis on the trends in the market.

They have just published a report showing the smartphone trends in 2018 and how people have been reacting to the change in prices.

The Worst Year for Smartphones

According to IDC, smartphone vendors shipped a total of 375.4 million units in the last quarter of 2018. This is down by 4.9% year over year and it is also the fifth consecutive quarter with a decline. Overall, 2018 as a whole saw a 4.1% drop in sales of smartphones with a total of 1.4 billion units shipped. 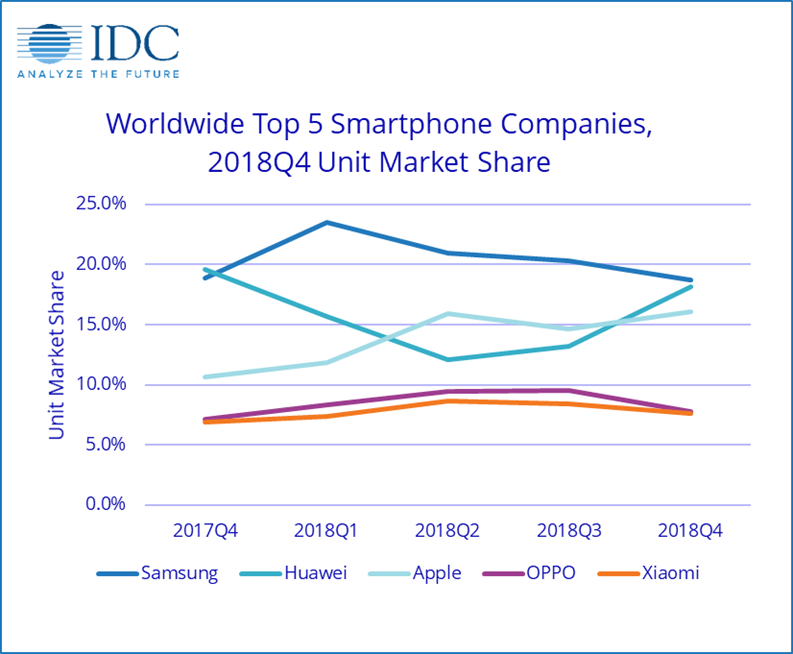 The country which took the worst hit in this decline was China. China itself accounts for a massive 30% of the world’s smartphone sales. Overall, in 2018, smartphone sales dropped a whopping 10%.

Apple seems to be losing whatever little foothold they had in China as well, with their sales dropping and Chinese companies such as Huawei, Xiaomi, Oppo and Vivo’s market share growing around 78% in China, up from 66% in 2017.

The reason for the downfall in sales around the world is due to the fact that smartphones are getting more and more expensive each year and even the midrangers have gotten so good now that there’s no point of upgrading to the latest model each year.

Total shipments of the iPhone dropped by 3.2% year over year, despite Apple launching three new models in 2018. It was one of the worst quarters for them as well with a drop of 11.5% over Q3.

With a wide variety of smartphones to sell, Samsung didn’t see too big of a fall but still, volumes declined 5.5% in Q4. Samsung did maintain its top position for this quarter but only by a few points above Huawei and Apple. 2018 volumes saw a decline of 8%.

Perhaps one of the best performing manufacturers of the previous year so far, Huawei’s Q4 volumes for 2018 were up by 43.9%. Huawei is one of the main competitors of Apple in China and with Chinese people now preferring their local brands, this does not come as a huge surprise. Not only China is contributing to the growth of the Huawei brand, but its sub-brand Honor is also doing well in other European and Asian countries. Volumes for 2018 have also been up by 33.6% for Huawei.

Oppo also showed some growth this time around with a 1.3% increase in total sales for 2018, reaching 113.1 million. Although it isn’t as high as their growth over previous years, it is still better than no growth at all, given the market conditions right now.

Xiaomi saw a very good year with a 32.2% year over year increase in overall sales for the year 2018. The main reason behind it is Xiaomi’s exceptionally good performance in Europe this year, especially Spain. Not to mention that they are one of the top-performing companies in their home country, China, and also in India.