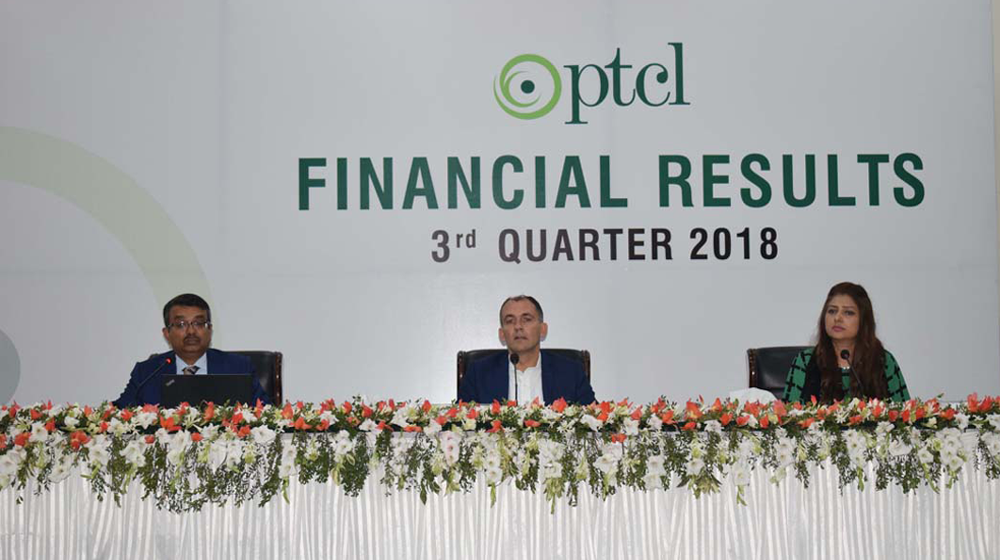 Mr. Khan, without revealing further data, said that Ufone grew its revenues by 13% during 2018 despite a very competitive cellular market. When asked, he said that half of this growth is organic while the remaining half of the growth could be attributed to lower cellular rates due to tax exemptions.

It must be mentioned here that, until just recently, Ufone was the only operator facing tough competition in the Pakistani market due to lack of 4G services.

Group CFO further told the media that Ubank reported a whopping 64% YoY revenue growth during the reported period, with an overall growth of 8% YoY in revenues for the PTCL Group.

During the reported period, operating profit for PTCL tripled YoY and reached Rs. 9 billion. Mr. Khan said that the operating profit of the group took a hit of Rs. 1 billion due to currency devaluation.

PTCL Group comprises of PTCL, Ufone and Ubank. Out of these, only PTCL (the Landline giant) is listed on PSX and hence its data is publicly available.

Financial results for Ufone and Ubank, as they are privately held companies, aren’t made public in entirety.

For PTCL company, the revenues grew by 1% during the reported period. This is the first time since 2014 that the company demonstrated a positive revenue growth for an entire year.

Nadeem Khan, Group CFO for PTCL Group, explained that there was 6% growth in fixed broadband, while wireless broadband (ChaarJi) saw a 55% growth in revenues.

Corporate Services also remained a major contributor in growth as it witnessed 13% YoY growth in the revenue, mainly through enterprise services, such as cloud, security and other IT services.

PTCL’s voice revenues declined by 6% YoY, mainly due to OTT proliferation. CFO said that the company improved in voice revenues, as they had declined by 10% during the past two years but the negative growth was arrested and reached just 6% during 2018. 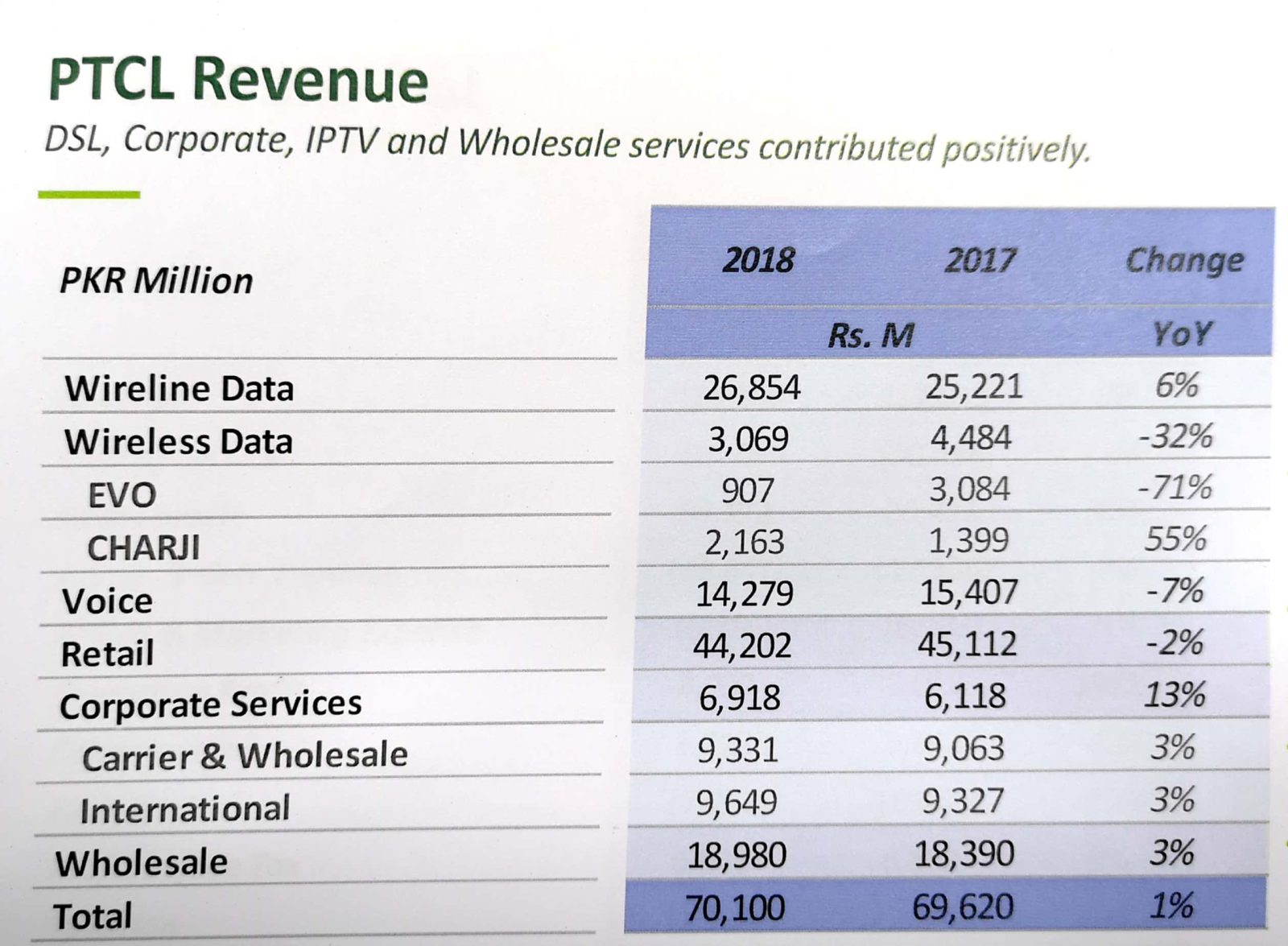 Dr. Daniel Ritz, who was attending his last media briefing and is due to step down from the position on March 1st, 2019, told that the company has successfully upgraded 51 exchanges till now.

He said that these 51 exchanges are now capable of offering better fixed broadband services to the customers.

It must be mentioned here that PTCL operates 427 exchanges throughout Pakistan. The CEO said that his company picked 100 exchanges — that are responsible for more than 50% of all the customers — which will be upgraded.

Dr. Daniel revealed that revenues coming through upgraded exchanges are already showing a double-digit growth, and the situation is only going to get more positive when the remaining 49 exchanges are upgraded with-in the next four quarters.

Dr. Daniel said that exchanges, along with any media — to the end user — is upgraded. He confirmed that any new last-mile deployments are on fiber and if there’s a high demand in an area, copper wire is replaced with fiber optic in such cases.