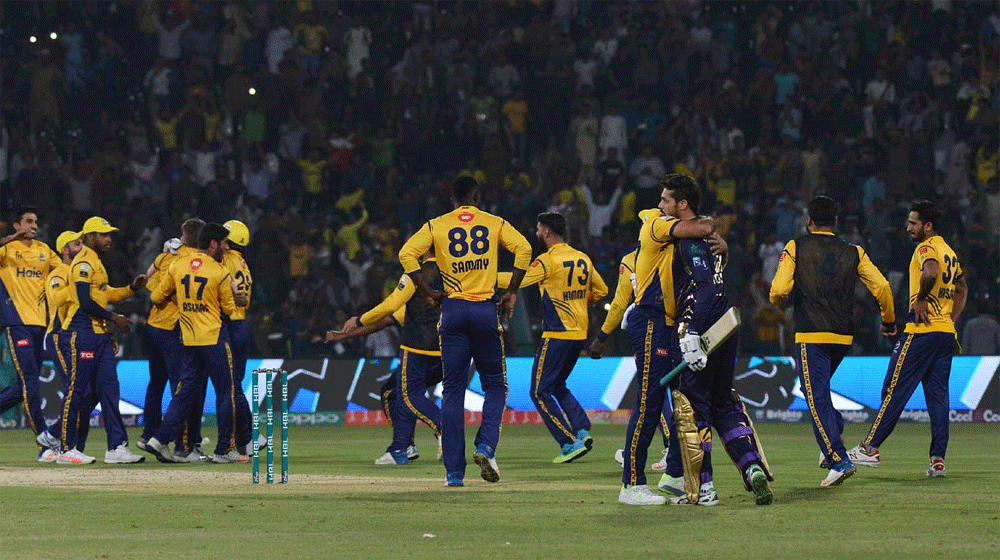 Following Kevin Pietersen’s retirement, there will be a lot of responsibility on former Aussie opener Shane Watson. Besides, skipper Sarfraz Ahmed will be eager to make a successful return to the arena after the ‘Aby Kaaley’ incident.

Peshawar Zalmi, on the flip side, have a balanced squad, and a success rate against Quetta Gladiators, all they have to do is to apply themselves in the middle. Fingers crossed for the much-awaited thriller.

The two teams have encountered ten times in the history of PSL and Peshawar Zalmi have emerged victorious on five occasions, Quetta won four of them, while one match did not produce a result.

Quetta Gladiators:
Gladiators have shown their ‘Gladiator skill’ in all three seasons of the league – and they rely heavily on home-grown talent. Today, Ahmed Shehzad and Umar Akmal’s return, and Sohail Tanveer’s bowling magic will come under scrutiny along with skipper Sarfraz Ahmed’s captaincy.

Peshawar Zalmi:
Former PSL champions have seen significant changes in their squad for this year, but Darren Sammy remains constant. Besides, Sohaib Maqsood’s power hitting along with young gun Ibtisam Sheikh’s spinning deliveries will be something to watch out for.