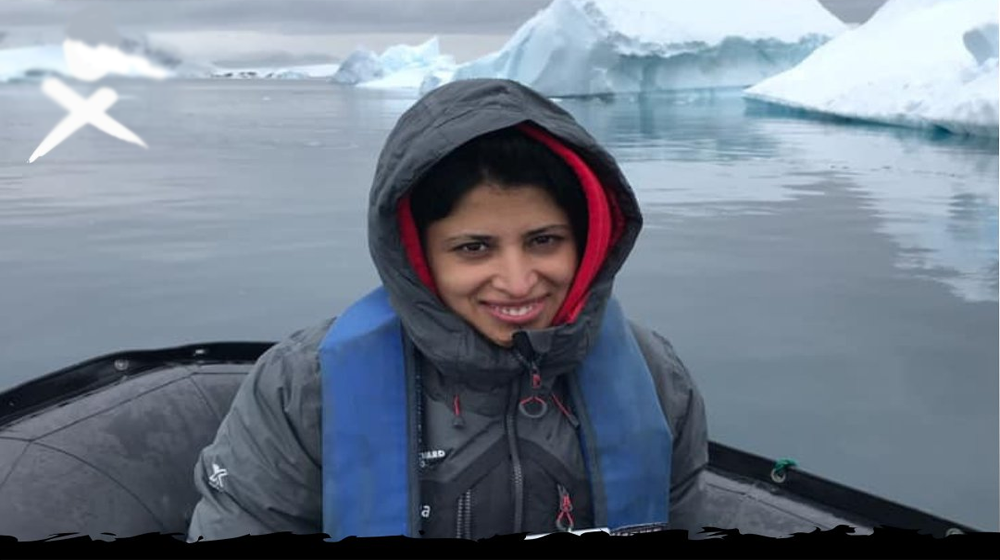 Lahore-based stargazer, Dr. Tayyaba Zafar is the first Pakistani woman to be selected for an Antarctic research trip under the Homeward Bound program.

Among 80 women belonging to 26 countries, she is the only one selected from Pakistan. The program involves enhancing the influence and the impact of female global leaders and specialists in technology, science, mathematics, engineering, and medicine.

Tayyaba stayed in Antarctica for three weeks under the program. The participants attended daily leadership lectures and visited various sites that suffered due to climate change.

Tayyaba called this a positive experience. “You can feel the positivity and inhale it. You can reflect yourself,” she says. The trip to Antarctica has been part of a one year program. In this year, the participants attended online sessions on several subjects like leadership qualities.

“Although it was a great experience, some of us fell seasick and the most common effect was dizziness,” says Tayyaba.

The 35-year-old stargazer says that she loved astronomy from her childhood. “In Pakistan, the subject of astronomy isn’t taught. Since I liked astronomy, I used to buy books on the subject and read them for pleasure. Studying the subject, in depth, became a passion,” she says.

Tayyaba attained her early education in Lahore. She completed her Masters in Physics from Pakistan and lectured at Punjab University for a year and a half. In 2007, she won a scholarship for Ph.D. studies at the Dark Cosmology Center of the famed Niels Bohr Institute in Copenhagen.

Dr. Zafar has been supervising M.Phil. students at the Punjab University. She resents that girls are not interested in science, especially astronomy, at all. She said that she has failed to convince even one girl to apply for foreign scholarships.

Tayyaba said that there is great potential among Pakistani women, but they have issues. Families of many of these girls do not allow them to go abroad and pursue their dreams. She said that even her family was not easily convinced over her traveling alone abroad when she got her Ph.D. scholarship in Denmark.

But her passion for study and excelling in her field softened their hearts, said Tayyaba.