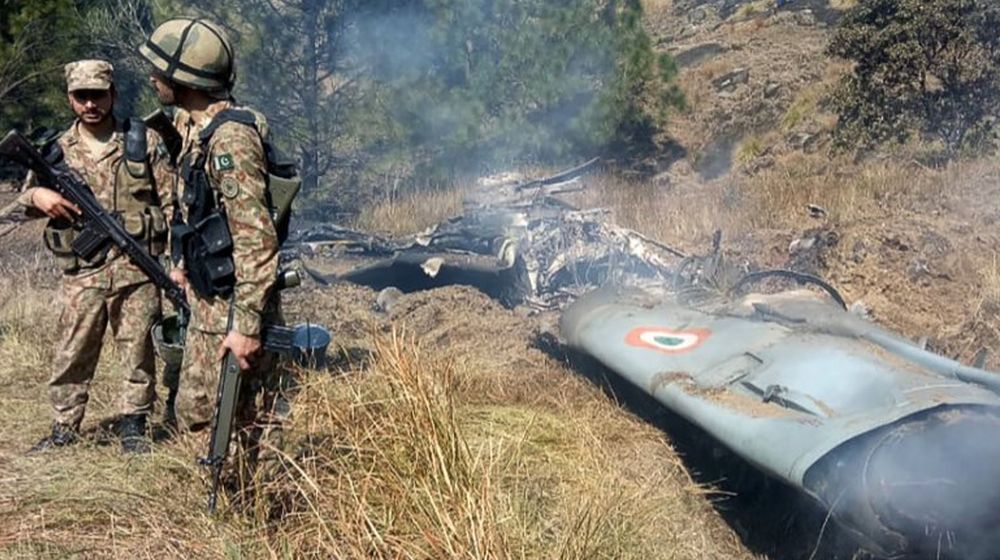 India’s war hysteria led it to invade Pakistani airspace earlier on Wednesday. The uncalled for act of aggression was met with retaliation as Pakistan Air Force struck down two Indian jets earlier today.

While these escalations can lead to a full-scale war, the efforts to promote peace talks are on the rise. The Twitterati have started trending #SayNoToWar in a bid to urge the governments to sort out the matter diplomatically instead of war.

The hashtag is trending in both Pakistan and India, which shows that sanity still prevails among the neighbors.

Let’s have a look at how Twitter is reacting to the recent developments.

War is not the solution.

#SayNoToWar because war brings nothing but destruction.

Who pays the price?

Who suffers the most in this way hysteria ? Soldiers families on both sides of the borders. #SayNoToWar #Peace pic.twitter.com/AvO1oKQSA6

@ImranKhanPTI once again acted like a sensible educated man whereas @narendramodi is like always putting his country into danger just to gain votes in upcoming indian elections. Modi is selfish! #saynotowar#BetterSenseShouldPrevail pic.twitter.com/avXR40AjRq

Pilot goes missing and pak claims that it has captured 2 pilots and shot down a Mirage, see what this guy is doing…. He inaugurated Kelo app. Nero fiddled while Rome was burning and Modi is playing with app. #AntiNationalBJP #SayNoToWar pic.twitter.com/H1xnpd4fBp

Some sense at last.

Quote of the day.

War doesn't determine who is Right. Only who is left. – Bertrand Russell#SayNoToWar pic.twitter.com/tHDnhUqwrq

The last part of @OfficialDGISPR's briefing was especially very good. A sensible message to peace even in these times. Inviting India to dialogue even now. This sounds really good after last 24 hours of sheer tension and bravado. Counting dead bodies is never pretty.

The war-mongering Indian anchors played a huge role in escalating the situation.

Please take a good look of what you have done.
Take a good bloody look.
I hope you have the courage to face his father and mother now.
I say courage because you have no shame.
This is your doing.
We will remember it.
We all will. pic.twitter.com/QDa6gQPDSW

What do you think about the ongoing issue? Let us know in the comments section.