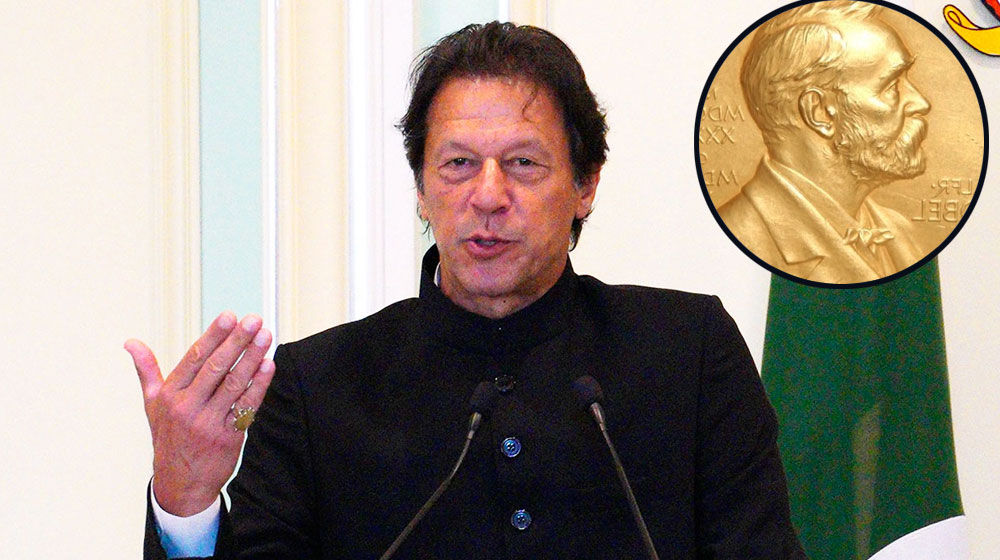 Following Prime Minister Imran Khan’s gesture of peace of releasing the downed Indian pilot in less than 72 hours that too without pre-conditions, calls for a ‘Nobel Peace Prize for Imran Khan’ have become more loud across the country.

On Friday, #nobelpeaceprizeforImran was a top trend on Twitter as the whole world lauded his efforts to de-escalate tensions between Pakistan and India and avert a possible nuclear war threatening to cause mass destruction in the South Asian region.

The next day, Federal Minister for Information, Fawad Chaudhry tabled a resolution in the National Assembly Secretariat

The draft of the resolution argued that the Prime Minister “played a sagacious role in de-escalating tensions between Pakistan and India.”

The war hysteria started by Indian leadership led the two arch-rivals to the brink of all-out conflict, the resolution stated. “India’s warmongering attitude put tens of millions of lives at stake,” it said.

The resolution added that the tense situation was de-escalated due to proactive and deft handling of the situation by PM Imran Khan.

Earlier on Thursday, Prime Minister announced to release the downed Indian pilot Wing Commander Abhinandan as a gesture of peace and goodwill – a moral victory for Pakistan that not only won millions of hearts across the world but also proved Imran Khan as a true statesman.