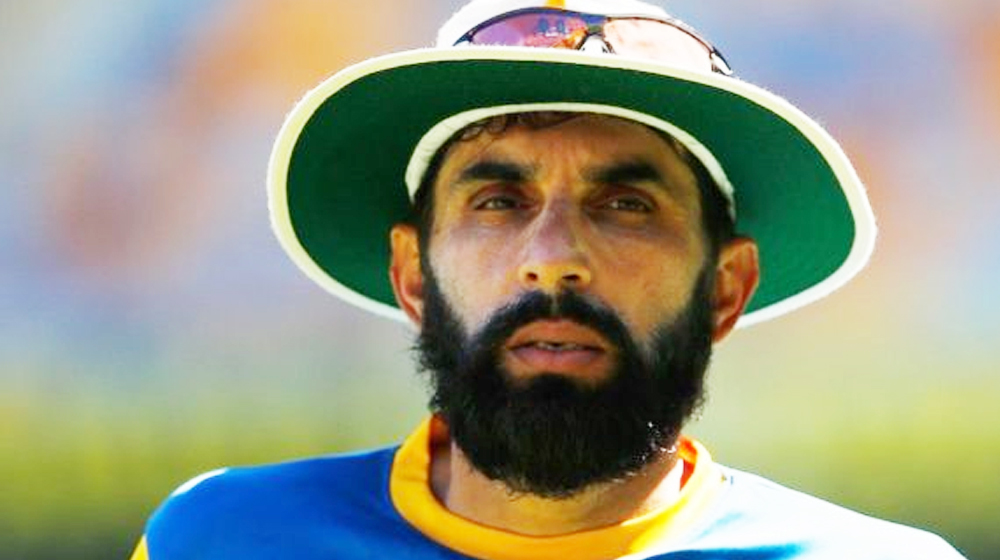 In a stunning victory against Lahore Qalandars on 5th March, Misbah-ul-Haq scored a half-century and became the oldest player in T20 history to achieve this feat.

At 44 years and 282 days, Misbah’s age surpassed the combined ages of Shaheen Shah Afridi and Sandeep Lamichhane by 8 years, who were competing against him in the match.

With his age, comes a great amount of experience, which was put on display when Misbah walked into the ground when Peshawar were struggling at 20 for 5.

The former Pakistan captain along with Darren Sammy formed a partnership, which is now also the largest 6th wicket partnership stand in T20s as well.

Misbah made 59 runs from 55 deliveries, scoring 4 boundaries and 2 maximums.

Both players led Zalmi to a crucial victory, ensuring qualification for the top-four of PSL 2019.

This was Misbah’s 161th T20 match and he has managed 3473 runs at an average of 34.04 and a strike-rate of 116.54. The former Islamabad United captain has scored 1 century and 16 half-centuries in his extensive career.

Speaking about playing cricket at the age of 44, the veteran said:

I think I always said that the love of the game and the passion and if they are there you can go to any level.

If these things are not there then nothing can motivate you. I am still enjoying the game and tough situations and that’s why you are playing cricket at this age. The key is to play for the love and passion and take challenges.

Misbah was given enormous respect after the victory, here’s a glimpse of it:

Thank u @PeshawarZalmi whole team and specially the legend @YounusK75 for this respect.Always feel confident and safe when u r around. https://t.co/LADPQuS2Kv