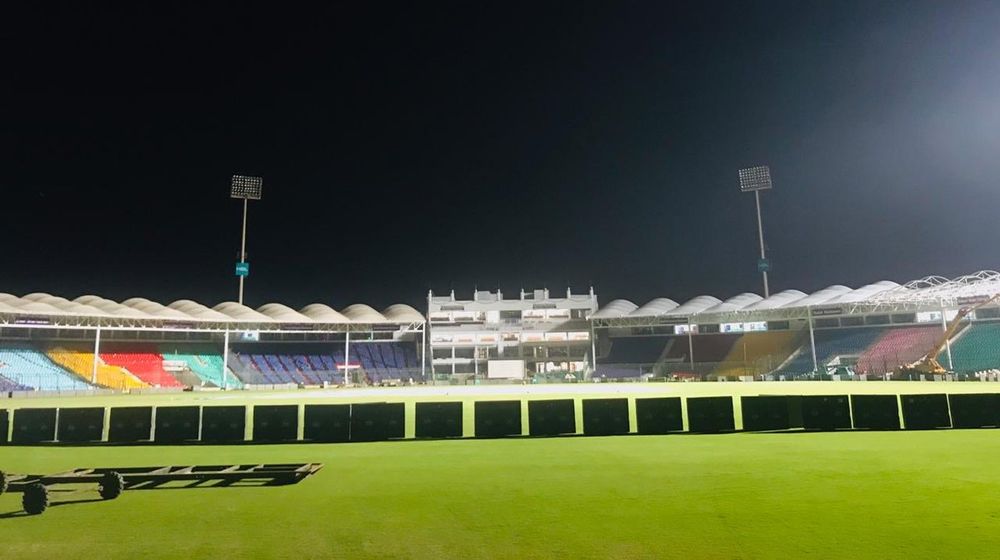 Najam Sethi orchestrated the idea of Pakistan Super League (PSL). He is the man behind the realization of a dream, despite what people may have to say about his political affiliations with the ruling party back then.

While everyone acknowledges his efforts for the revival of cricket in Pakistan, Najam Sethi’s tweet for taking credit for the renovation of National Stadium Karachi was a pure gaffe.

Any cricket fan would understand this to be a sarcastic post. Why couldn’t the former Chairman of PCB?

Coming back to the point, Najam Sethi replied to the tweet, saying:

This was long overdue. Happy to help revive the glory of Karachi. Hope Karachites enjoy the cricket!

As much as we would want to read the tweet, it was deleted once he realized his blunder.

The Twitterati don’t miss a thing and here we have the screenshot.

Najam Sethi had to face a barrage of memes following his tweet. Here are some of the most hilarious replies.

Najam Sethi taking credit for 4 different stadiums in the world including a river outside National Stadium Karachi & Abbas Nasir can't thank him enough for that.

These oldies are borderline mental. pic.twitter.com/AlOlYa1cQS

He did not take credit for the skies. Such a humble man.

If these are in Karachi then I'm certainly living on Mars as I never got to see them.

We have a winner.

@betterpakistan
please correct this misconception at once. All these stadiums including the river and the skies were made by Nawaz Sharif.

Well played. Very well played. It was the river pic which gave it away.

My house just got renovated. I can't wait to move in this weekend! :-) pic.twitter.com/OjKTTNEz2Y

Last year was even better. Sad that it doesn’t snow in Karachi these days.

For those who didn’t get it.

Najam Sethi only read the text.

I was just responding to the text. Have posted pics of Naya NSK. https://t.co/BvdDvjspJp

NSK does look stunning with all the renovations going on for the past few years.