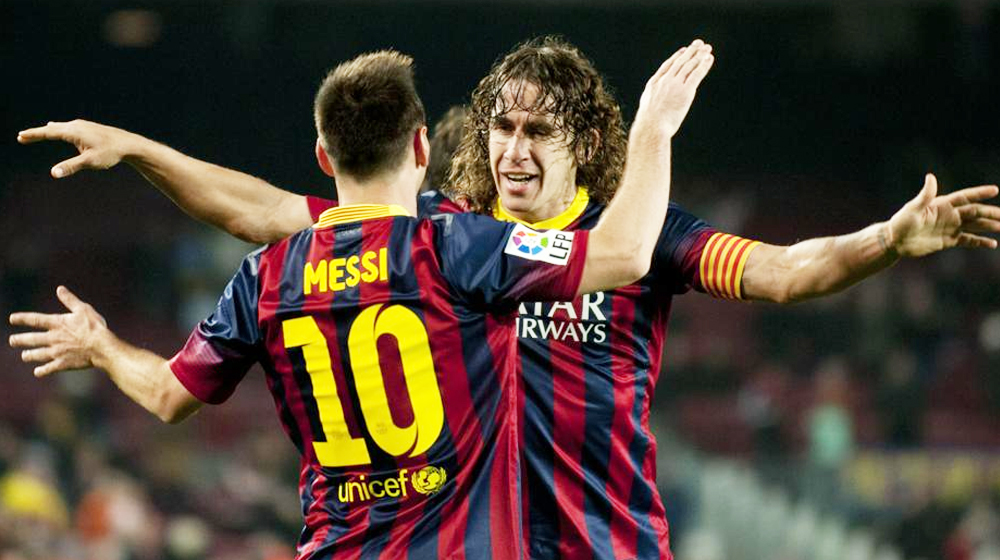 The legendary Spanish defender Carlos Puyol will travel to Karachi on 16th March to promote football as part of World Soccer Stars.

Former captain of Barcelona has joined Nicolas Anelka, Luis Figo and Ricardo Kaka as part of the World Soccer Stars, aimed towards improving the scope of football in South Asia.

Carlos Puyol spent majority of the club career with Barcelona and is regarded as one of the best defenders of his generation.

Speaking about his visit, Puyol said:

Karachi I look forward to seeing you all and I am really excited to meet all my fans in Pakistan. World Soccer Stars presents a great opportunity to celebrate the arrival of football and from what I know football is the next emerging sport in Pakistan.

It’s a real privilege to see the bedrock of Barcelona FC defence in Pakistan. We are proud to see him as the official face to kick off World Soccer Stars which kicks off on April 27 in Karachi and April 28 in Lahore.

The former Spanish international will attract a lot of attraction as Barcelona has a real community in Pakistan. He will meet the fans at Dolmen Mall in Karachi and will giveaway signed VR headsets to them.

His presence at Dolmen Mall will be noted on March 16 from 4pm onward. Furthermore, a football match and concert featuring AKON will be held in Karachi on Saturday, April 27 and in Lahore on Sunday, April, 28.

Fans can register for their World Soccer Stars tickets on www.worldsoccerstars.com and yayvo.com.