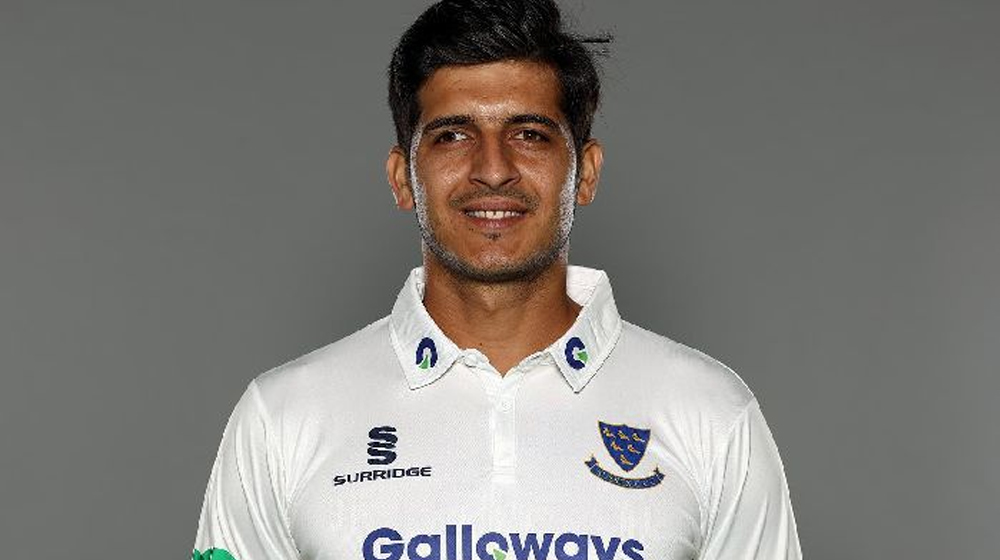 Mir Hamza joins New Sussex and hopes to improve as he gears up to play county cricket for the first time this year.

The 26-year-old made his international debut last October in a Test where Pakistan registered a 373-run victory over Australia. Mir’s fast-medium pace bowling managed 1-67 during the match.

Mir Hamza, who is ready to make his Sussex debut in the opening fixture against Leicestershire starting Friday, has played a majority of his career in Pakistan which included the Pakistan Super League (PSL) where he was persuaded by his new team-mates.

Tymal Mills, Luke Wright and Jofra Archer; those players were with me back in the Quetta Gladiators. I played with them and have a very good relationship with them. And obviously, Jason Gillespie is a legendary bowler. I’m very lucky that he is a coach of mine and I feel proud for that and I’ll learn a lot from him.

While answering a question about what he will gain from playing county cricket and from his new bowling coach Gillespie, Mir said:

It’s not about in the ground, it’s off the ground as well, because I’m here for three months. I’ll learn a lot from the ground, from the dressing room, from the players, from the coaching staff.

The professionalism comes from county cricket where the famous players play here for five to six months just to gain a lot of professionalism to imply it into international cricket.

Hamza has taken 282 first-class wickets in 59 matches and has featured for the Pakistan-A side.

Talking about his Test debut, he said:

I’ll imply all those experiences and the confidence here to perform well for my team.