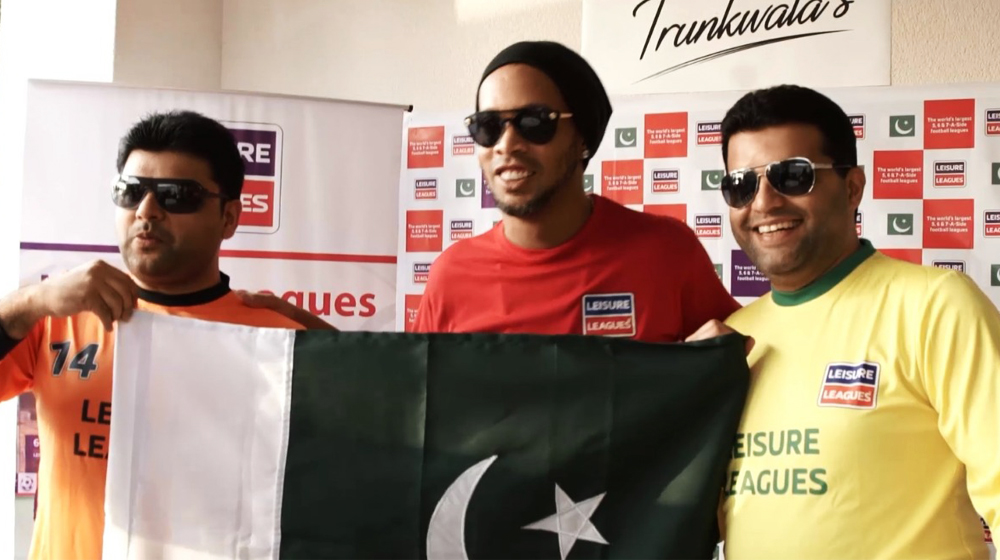 Leisure Leagues, a company of World Group, is the largest provider of small sided football leagues in the world and was brought to Pakistan by the Trunkwala family.

Aiming to achieve greater heights for Pakistani football, World Group set out to organize the greatest football extravaganza the country had ever seen.

The idea turned out to be Ronaldinho and Friends; which saw Ronaldinho, Ryan Giggs, Robert Pires, Nicolas Anelka, George Boateng and Luis Boa Morte come to Pakistan for two exhibition matches in Lahore and Karachi.

Taking further strides, Leisure Leagues and World Group have expanded the small-sided program to nearly 70 cities ranging from Hunza in the North to Tando Allahyar in Sindh. The Trunkwala family has envisioned a system which offers local level leagues, where multiple teams play and ultimately later compete to be champions of the city.

The National Championships sees all the cities compete for the crown in Pakistan and the winner gets to represent Pakistan at the ISF World Cup. Being the first football project of its nature in the country, it aims to revive the game in the country and change it for the better.

Here’s Shahrukh Sohail, talking more about football in Pakistan and bringing international superstars to the country.