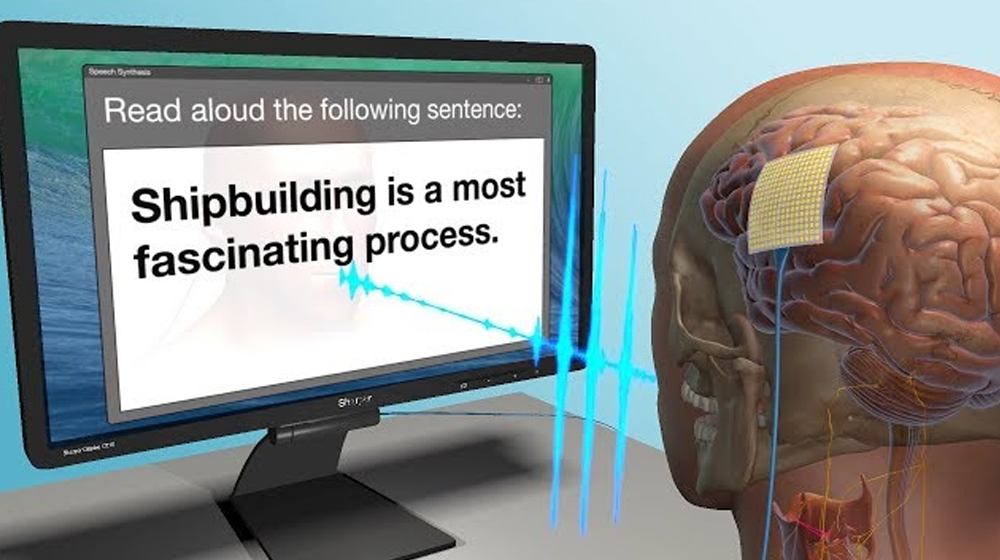 In a groundbreaking development, scientists have found a way to convert thoughts into speech. If all goes well, people with paralysis or neurological impairment will be able to communicate whatever is on their mind.

This breakthrough has been achieved by the Researchers at the University of California. The neuroscientists have been able to convert the brain waves into literal speech.

The scientists at UC San Francisco placed electrodes on the heads of study participants. After collecting information from the measured brain activity, they transferred that data into a ‘virtual vocal tract’.

A virtual vocal tract is an anatomically correct computer simulation designed to replicate movements accurately from the jaw, lips, tongue, and larynx. The result brought about something that exactly resembled human speech.

“For the first time, this study demonstrates that we can generate entire spoken sentences based on an individual’s brain activity,” says Edward Change, the lead author of the study and a professor of neurology surgery.

He said that with technology is already within reach, a clinically viable device for patients with speech loss can be developed easily.

Published in Nature, the research was led by speech scientist Gopala Anumanchipalli and a bioengineering student, Josh Chartier. However, the concept is still in its early stages and there is a lot more to do in order to materialize a device that can vocalize a person’s thoughts accurately.

According to Chartier, they have been able to synthesize slower speech sounds like ‘sh’ and ‘z’ while maintaining the rhythms and intonations of speech along with the speaker’s gender and identity.

However, abrupt sounds like ‘b’s and ‘p’s are a little difficult to replicate exactly.