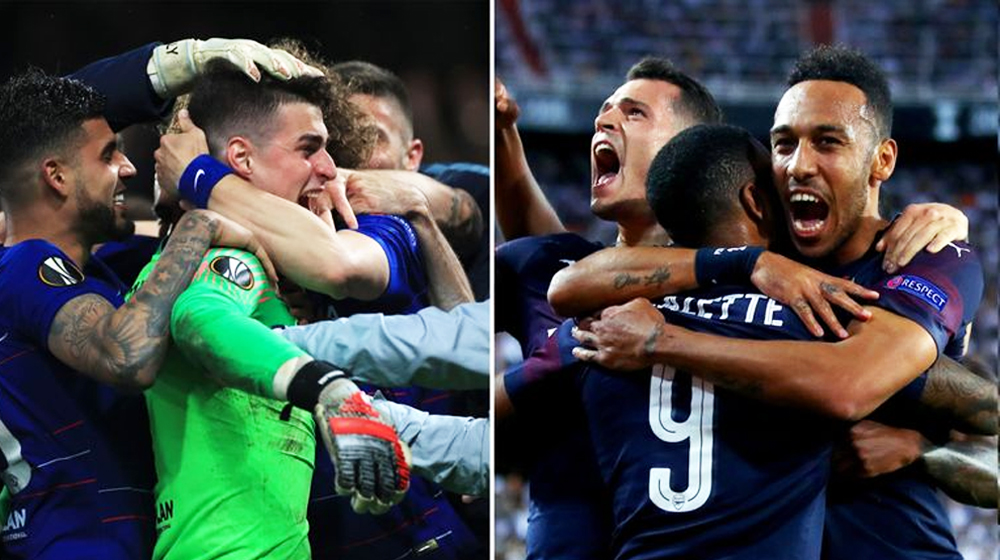 With Liverpool and Tottenham already qualified for the Champions League final against Barcelona and Ajax respectively, it was Chelsea and Arsenal’s turn to fight for themselves in the Europa League.

Arsenal secured a comfortable win against Valencia whereas Chelsea required penalties to knock Eintracht Frankfurt out of the competition on Thursday.

It will be the first time all four finalists in Europe’s two competitions have come from one country.

Thus far, there have been only two all-English finals before:

In recent times, Spain’s foothold has somewhat deteriorated. Back in 2015-16, all three teams in the two competitions were from Spain; Real Madrid and Atletico Madrid contesting for the Champions League trophy whereas Unai Emery’s Sevilla winning the Europa League.

The final of the Champions League will see Liverpool take on Tottenham Hotspurs. The final will be played on 2nd June at 12:00am, Pakistan Standard Time.

For the final, Liverpool and Tottenham have each been allocated a total of 16,613 tickets in the 68,000 capacity Wanda Metropolitano Stadium in Madrid.

To buy the tickets, you will have to meet a certain criteria before obtaining them. The tickets range from £750 to £4,000.

Chelsea will come up against their London-rivals Arsenal in the Europa League final. The match is scheduled to be played on 29th of May at 4:00pm, Pakistan Standard Time.

Out of 68,700 seats available for the final at Olympic Stadium in Baku, both finalists have been given 6,000 tickets each. This has caused a huge backlash from fans, media and former players.