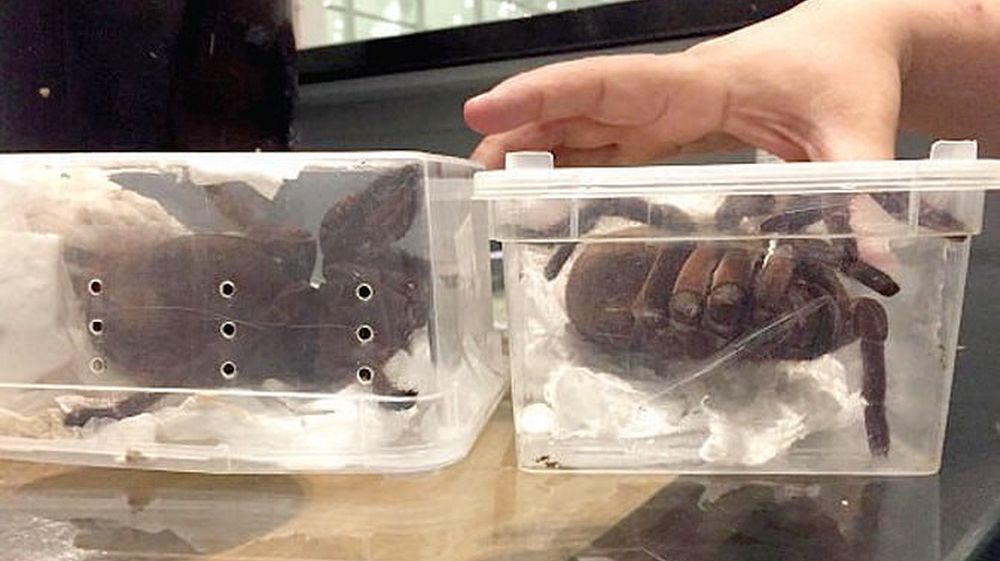 Authorities, on Sunday, have detained a person for attempting to smuggle two fully grown tarantulas at Islamabad International Airport. The passenger was carrying spiders in small containers in his luggage on Dubai to Islamabad Emirates Airline flight EK614.

The spiders were discovered during baggage scan and Customs officials were able to detain the passenger before checkout. Transport of such animals and arachnids without a permit and paperwork is considered illegal internationally. The spiders have been handed over to the wildlife department of Pakistan.

On further investigation, it was revealed that the individual has smuggled spiders in the past from China. He is a frequent flier to China (via Dubai) and is paid to smuggle the venomous spiders into Pakistan.

The suspect admitted to carrying them in his cabin luggage and jacket, concealed in cardboard boxes to allow him to slip through the security checks at airports. He also said that spiders are used for traditional medicinal purposes by ‘hakeems’ in Pakistan and cost a fortune.

Custom Authorities have become more vigilant to all flights originating from China to prevent the illegal transport of such dangerous species.