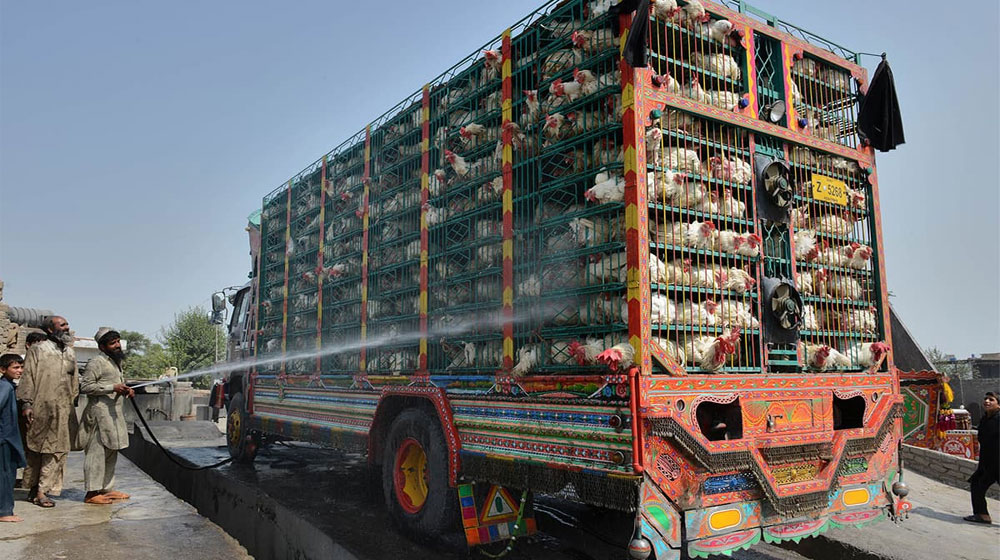 The Khyber Pakhtunkhwa (KP) Food Authority has detained a vehicle containing rotten frozen chicken that was supposed to be supplied to the Peshawar market.

On Sunday night, KP Food Authority’s Night Squad was on routine patrol when it received information on the emergency response that a container full of rotten chicken was entering Peshawar.

The unit took timely action and intercepted the truck laden with 2000 kgs of rotten chicken meat on Grand Trunk Road near Chamkani area.

The container was seized and later discarded at the dumping site of Water and Sanitation Services Peshawar. The suppliers of hazardous meat were also arrested.

Mahsud said that by the end of the first week of Ramazan; the Night Squad had sealed 12 production units of various food items over violations.

“And particularly in the holy month of Ramazan, there is zero tolerance for adulteration and such other violations of food safety standards,” he said.

DG Night Squad said they have sealed production units of low quality of chips, nimko and sweet items in these six days.

“On a daily basis, our team checks milk and meat supply at the entrance points of the province on the special directives of the chief minister,” he added.