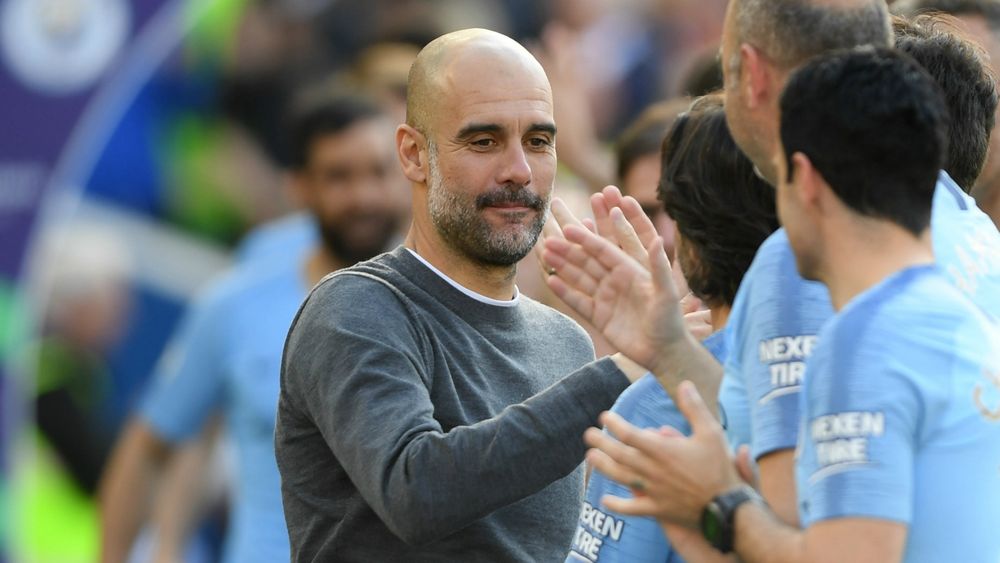 Manchester City manager Pep Guardiola has beaten Jurgen Klopp to win a trophy twice in three days as the Catalan claimed the League Managers’ Association manager of the year on Tuesday.

It was a hard fought season for Pep, who termed it as ‘most difficult title win’ of his entire coaching career. With Liverpool matching stride for stride, the contest came to the last day and finished with City on top – beating Liverpool by just a point.

Guardiola has always favored his side more than any. He believes that Manchester City has raised the bar in the Premier League – same way Usain Bolt and Tiger Woods have done so in athletics and golf respectively.

Blossoming as a complete unit, City beat their previous goalscoring records this season. Players such as Raheem Sterling and Bernado Silva have flourished superbly well and become a vital cog in Pep’s system.

In the end, the quadruple may have eluded them but it was regarded as feasible for so long is a true indictment of just how talented and capable Guardiola’s team is.

Naysayers might say that Pep is a chequebook manager but Klopp has also been supported in the same fashion by Liverpool. Klopp has spent a total of £400 million whereas the City manager required £550 million to rebuild the squad.