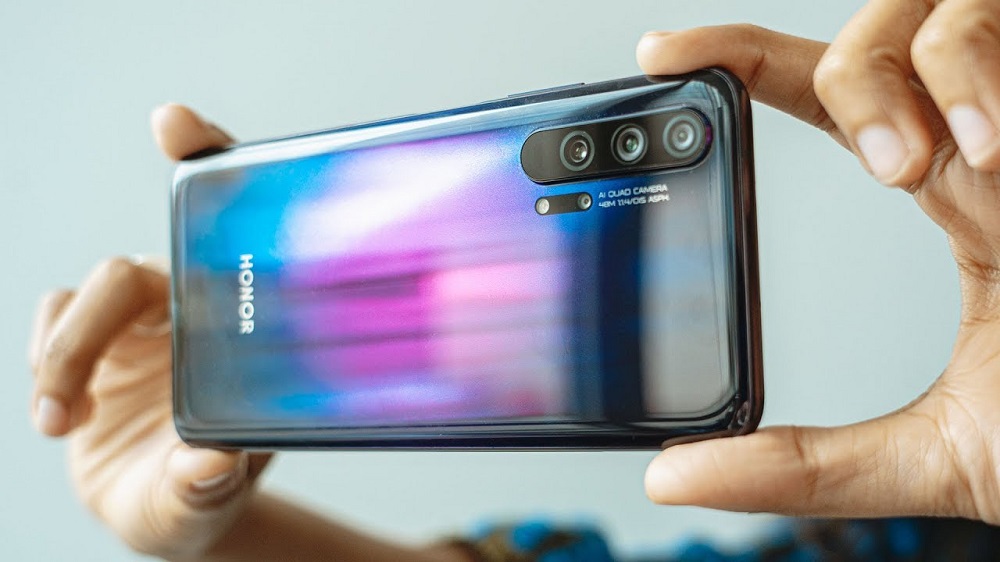 Could give the OnePlus 7 Pro a tough time.

Huawei, in the face of its feud with the US government, is trying to dominate the over-crowded midrange market elsewhere using its subsidiary Honor. It has launched two new phones with some of the best specifications in the market.

The duo brings efficient performance and high-end camera specifications all for a “below-flagship” price. Without further ado, let’s see what Huawei Honor 20 and 20 Pro have up their sleeves.

The Honor 20 and 20 Pro look identical. As a layman, you will hardly be able to spot the difference. The only difference in the design is that the regular Honor 20 is a few mm thinner than Honor 20 Pro.

The rest is the same. Both phones feature a glossy gradient finish with triple sensor cameras on the back vertically arranged on the left, with a separate macro camera on the right, while the fingerprint sensor is mounted on the side.

Coming to the front, in both phones, there’s a punch hole display where the selfie camera sits. The duo features a 6.26-inch Full HD+ IPS display with a 19.5:9 aspect ratio.

Honor 20 has 128 GB built-in memory while the Pro version features 256 GB in-built storage. The phones come with a graphene cooling sheet inside, that has a thermal conductivity higher than normal copper enclosures. For smoother gameplay, both phones come with GPU turbo 3.0 which enhances performance.

This is where the real difference is between both phones. Starting with the Honor 20 Pro, its rear camera features the fastest aperture among smartphones, at least according to Huawei, and the aperture directs 60 percent higher light towards the 48 MP main sensor. 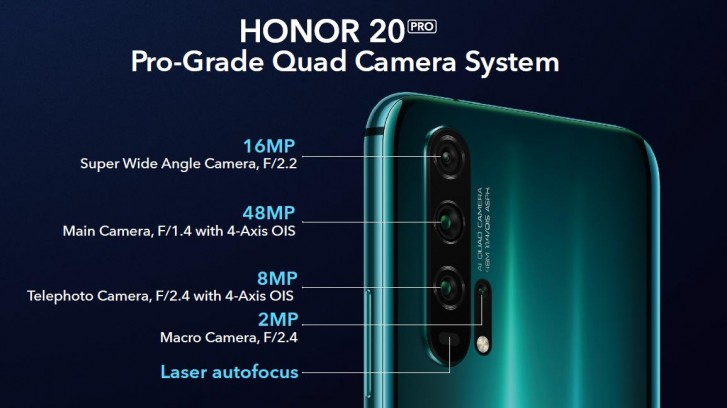 The main camera has a Sony IMX586 sensor that features optical image stabilization. Along with the 48 MP main sensor, Honor 20 Pro has an 8 MP telephoto lens that has 3x optical, 5x hybrid and 30x digital zoom. Last but not least is a 16 MP wide-angle camera with 117 degrees FOV. On the side of the triple camera setup is another 2MP macro lens used for capturing close-up shots.

Moving on to the Honor 20, we still have the Sony IMX586 48 MP sensor, however, the fast aperture is not available on this one. Instead of the 8 MP telephoto lens on the Pro, the regular Honor 20 has a 2 MP depth sensor. The 16 MP ultra-wide sensor and 2 MP macro camera are the same.

On the front, both phones feature a single 32 MP sensor.