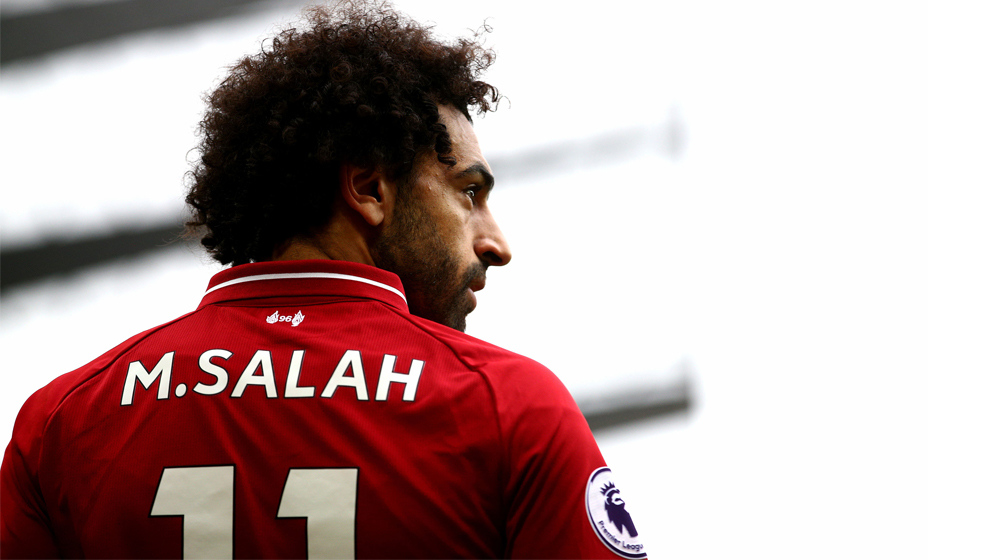 Can exposure to successful celebrities from stigmatized groups reduce prejudice towards that group at large? This question was asked by a group of researchers at Stanford Univerity while analyzing the situation of Mohammad Salah at Liverpool.

The study used 936 county-month hate crime observations, 15 million tweets from U.K. soccer fans, and an original survey experiment of 8,060 Liverpool football club fans concluded that Merseyside – which is home to Liverpool – experienced an 18.9% drop in Islamophobic attitude and behavior.

In addition to that, the Liverpool fans also reduced anti-Muslim tweets – a drop from 7.2% to 3.4%. This drop was considerably more when compared with fans of other top-flight English clubs.

The study findings implied that increased familiarity with Islam can actually make a significant positive impact. According to the study, “positive exposure to outgroup role models can reveal new information that humanizes the outgroup writ large.”

Labeled as the Egyptian King, Mohammad Salah is a prominent Muslim who joined Liverpool back in 2017. In his first season at the club, the winger proved to be a revelation as he quickly found his finishing touch. Salah went on to score 44 goals in 52 games and proved pivotal in Liverpool’s domestic and European campaign.

The fans of the Merseyside club created various chants for Salah following his remarkable season, which included:

As the season progressed, Salah’s contribution helped Liverpool reach new levels and the fans were quick to recognize his importance in the team.

These chants were a clear indication that the Liverpool fans were finally warming up to the idea of seeing Muslims and Islam in a positive light. After all, which European fan is accustomed to seeing a player prostrate in Muslim prayer (sujood) after scoring a goal?

His sujood celebration was also included in the video game FIFA 19, which is played by millions of players across the globe. The FIFA 19 sold 2.5 million copies in the UK alone.

Many pundits agreed that Salah portrayed “a favorable image of Muslims, helping to reduce stereotypes and break down barriers within communities.”

Mohammad Salah, a global phenomenon, was eventually named in TIME’s 100 Most Influential People on April 19, 2019. Speaking to media, the manager of the Liverpool club, Jurgen Klopp said:

Salah is a Muslim, and lives in a world where these things are very often discussed in a dangerous manner, where people think ‘they are all like this’ or ‘they are all like that’… it’s nice to have somebody around full of joy, full of love and to do what he is doing around his religion. …He is very influential for us. And if somebody thinks he is influential for the rest of the world as well then good, show it. …It’s an important statement for the world.

The research used data to draw various trend comparisons based on how things were before Salah’s sudden and phenomenal rise to fame.

According to the data gathered by the researchers, the predicted hate crimes in the Merseyside were much higher had there been no Salah effect. In the graphic given below, the grey area points towards the day Mohammad Salah joined Liverpool in June 2017 and persists through at least April 2018 (the last month till the data was recorded by the researchers).

The research found that the drop in hate crime was consistent with the Salah effect. However, it was unclear whether Salah was the direct cause of the decline. It was possible that there had been a general decline in crime altogether in the Merseyside.

In order to address these concerns, the researchers analyzed the types of crimes separately and found that “no other crime category saw a large relative decrease, and only two, “drugs” and “public order,” had changes that were larger in magnitude.”

This proved that the drop in hate crimes was not because of a general trend of crime reduction in Merseyside but actually because of Mohammad Salah.

Similarly, the data gathered also showed a decrease in anti-Muslim tweets among Liverpool fans had there been no Salah effect. This drop was astoundingly reduced by 52.3% on a monthly basis. 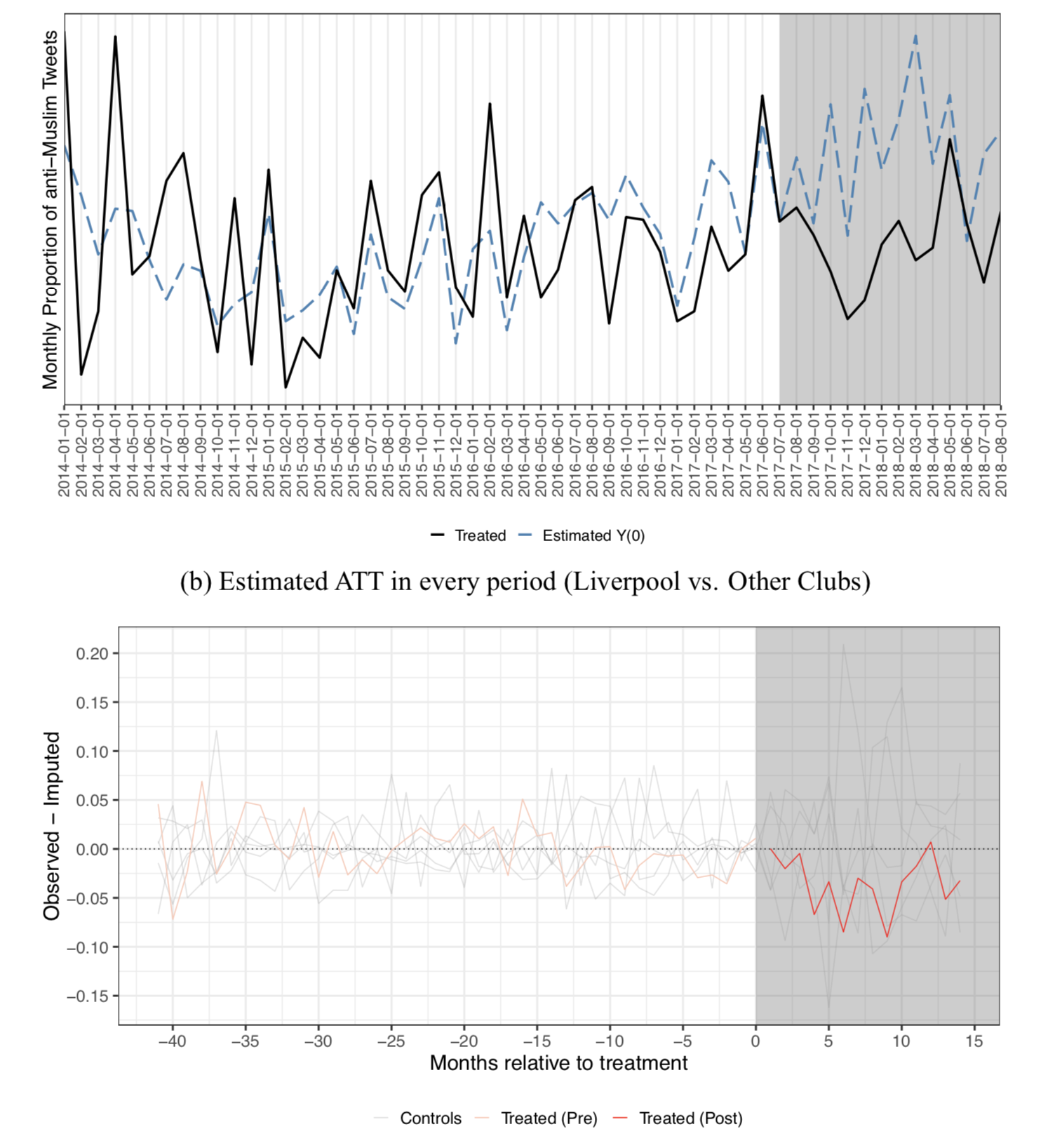 According to the research:

Overall, these results provide suggestive evidence that anti-Muslim tweets among Liverpool F.C. fans were lower starting in July 2017 than we would have expected based on their previous tweeting behavior, and that of other soccer teams. At the same time, this effect may be partly driven by the fact that fans of other teams may have become more prolific in their anti-Muslim rhetoric on Twitter following Salah’s arrival.

The study is proof that positive portrayal of Muslims has a very measurable effect on real-world behavior and perhaps the Western media, in particular, can take a lesson and be more sensitive instead of promoting hate for revenue.