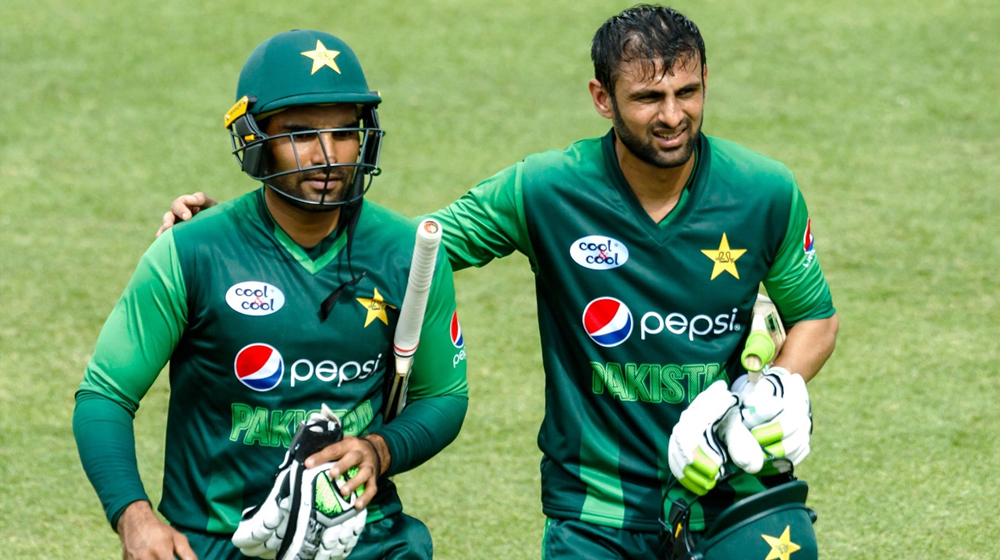 The Pakistan management is hoping to add experience and firepower to Pakistan’s side, which will face England today in the second game of their ICC World Cup 2019 campaign.

Pakistan suffered a humiliating defeat against West Indies in their opening fixture. With yet another batting collapse, the Greens were bowled out for only 105 runs.

Hoping to bounce back, Pakistan management has decided to strengthen the core of the team with the inclusion of Shoaib Malik and Asif Ali, sources close to Pakistan camp has revealed.

The duo is likely to replace Haris Sohail and Imad Wasim, who failed to make any real impact in the opening match against West Indies.

Wasim Akram and Ramiz Raja, 1992 World Cup winners with Pakistan, both emphasized the importance of Asif Ali as he provides aggression and hard-hitting option lower down the order.

Talking to a media correspondent ahead of the West Indies game, Wasim Akram said:

Asif is a pure hitter and Pakistan team needs a hitter in the line-up.