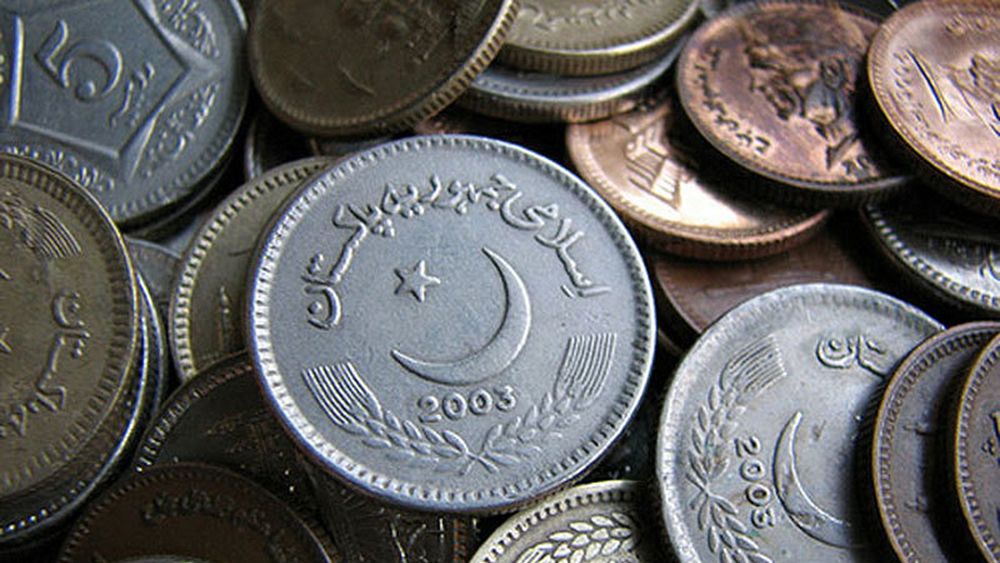 The government has officially released its Economic Survey of Pakistan report for 2018-2019. The report gives an overview of the national economy and how various sectors including agriculture, finance, services, etc performed during this time period and their landmark achievements (if any).

You can check out the official report here.

After this, the national budget will also be announced tomorrow.

Here’s an executive summary of the latest report by the Economic Survey of Pakistan.

The provisional GDP growth rate for FY2019 is estimated at 3.29 percent on the basis of 0.85, 1.40 and 4.71 percent growth in agricultural, industrial and services sectors respectively.

The provisional agriculture sector growth is estimated at 0.85 percent. The crops sector has witnessed a negative growth of 4.4 percent during FY2019 mainly due to negative growth (-6.6 percent) of important crops.

Production of cotton, rice, and sugarcane declined by 17.5, 3.3, and 19.4 percent, respectively, while the wheat output posted a marginal growth of 0.5 percent and production of maize grew by 6.9 percent.

Other crops have shown growth of 1.95 percent mainly because of an increase in production of pulses and oilseeds. A decrease in the production of the cotton crop also caused a decline in cotton ginning by 12.7 percent.

The livestock sector has shown a growth of 4.0 percent while the growth of forestry remained at 6.47 percent due to increase in production of timber in Khyber Pakhtunkhwa in the range of 26.7 to 36.1 thousand cubic meters.

During FY2019, the provisional growth in the industrial sector has been estimated at only 1.40 percent mainly due to decline by 2.06 percent in the large scale manufacturing sector and by 1.96 percent in mining and quarrying sector.

Provisional estimates have shown that the services sector posted a growth of 4.71 percent.

Wholesale and Retail Trade sector grew at a rate of 3.11 percent. As the value added in this sector depends upon the output of agriculture and manufacturing sectors and volume of imports, it is safe to say that bulk of growth in the wholesale and retail sector could be attributed to an increase in the volume of imports and the growth in livestock.

Transport, Storage and Communication sector has registered a growth of 3.34 percent due to the positive contribution of railways (38.93 percent), air transport (3.38 percent) and road transport (3.85 percent).

The Housing Services grew by 4.0 percent and the General Government Services by 7.99 percent. It is mainly driven by the increase in salaries of federal, provincial and district governments.

The provisional estimates of Gross Fixed Capital Formation (GFCF) for the year FY2019 stands at Rs.5340.0 billion with a growth of 1.9 percent as compared to FY2019.

The provisional overall GFCF for general government services for FY2019 has been estimated at Rs.1198.5 billion, a decline of 12 percent over the revised estimates of Rs.1362.3 billion during FY2018. GFCF related expenditure for the federal government has been estimated at Rs.419.8 billion with a growth of 15.6 percent over the previous year’s estimates of Rs.362.3 billion.

The State bank of Pakistan has made a sizeable adjustment in the interest and exchange rates to contain the aggregate demand and ease the pressure on the balance of payments. These efforts helped in reducing the Saving-Investment gap, which has been contracted by 27 percent during July-April FY 2019 compared to 70 percent expansion during the same period last year.

It happened mainly because, the trade deficit declined by 7 percent primarily due to containment in imports while last year it had recorded 23 percent growth. Imports declined by 5 percent while workers’ remittances posted a growth of 9 percent during the period under discussion.

The present government has undertaken significant measures to curb aggregate demand that has compounded the size of the external current account deficit to an unprecedented level. During FY2019, the economy experienced partial adjustments due to inertia as is evident from a high consumption to GDP ratio and a large fiscal deficit.

However, after entering the IMF’s Extended Fund Facility (EFF), market confidence will improve. Moreover, the chances of getting additional financial support from other development and bilateral partners will also increase. These developments will help in increasing macroeconomic stability and will set the path for high and inclusive growth.

The performance of Agriculture during 2018-19 remained subdued. It grew by only 0.85 percent against the target of 3.8 percent. The under-performance of the agriculture sector hinged upon reduction in the area of cultivation, lower water availability and drop in fertilizer offtake.

The crops sector has witnessed a negative growth of 4.43 percent against the target 3.6 percent on the back of a decline in growth of important crops by -6.55 percent.

The Fishing and Forestry sector having a share of 2.10 percent each in agriculture value addition grew by 0.79 and 6.47 percent, respectively. The strong growth in forestry is due to an increase in timber production in Khyber Pakhtunkhwa in the range of 26.7 to 36.1 thousand cubic meters.

The total availability of water for the Kharif crops 2018 recorded 59.6 Million Acre Feet (MAF), which means it remained short by 11.2 percent against the average system usage of 67.1 MAF and by 14.9 percent as compared to Kharif 2017.

The domestic production of fertilizers during 2018-19 (July-March) increased by 2.6 percent over the same period of the previous year. This increase is due to the functioning of two urea manufacturing plants (Agritech& Fatima Fertilizer) as the supply of LNG was available on subsidized rates.

During FY 2018-19 (July- March), the agriculture lending institutions have disbursed Rs. 805 billion which is 64.4 percent of the overall annual target of Rs. 1,250 billion and 20.8 percent higher than the disbursement of Rs. 666.2 billion made during the corresponding period of last year.

The Large-Scale Manufacturing (LSM) declined by 2.93 percent during July-March FY 2019 in contrast to the growth of 6.33 percent during the same period last year. The target for this year was 8.1 percent. The present trend suggests that full-year LSM growth will remain below the target by a wide margin.

There are a number of factors which have contributed to the negative growth in LSM. These include lower PSDP expenditures compared to last year, muted private sector construction activities and lower consumer spending on durable goods amongst others. This was more noticeable in construction-allied industries.

Demand for housing moderated as the price of building materials and the cost of financing increased. Moreover, additional tax measures further restricted the real estate market. Certain sector-specific issues also contributed to the decline in LSM.

Automobile prices witnessed multiple upward revisions due to PKR depreciation which made the potential buyers refrain from making booking and purchases. Certain restrictions on non-filers with respect to the purchase of cars further dampened the automobile demand.

Pharmaceuticals also suffered due to a considerable lag in regulatory adjustments in prices. This pricing issue was in addition to weakening of the local currency, which added to the distress of an import dependent sector.

The financial sector has faced multifaceted challenges over the years due to excessive and unproductive expenditures on one hand and lower tax revenues on the other.

Resultantly, the fiscal deficit on average stood at 5.5 percent, while during the last year it was recorded at 6.5 percent. During the first nine months (July- March) CFY2019, consolidated fiscal indicators suggest that total revenue registered zero growth, while growth in total expenditures was 8.7 percent. Therefore, fiscal deficit as a percentage of GDP was 5.0 percent as compared 4.3 percent during the corresponding period of last year.

Actual tax collection during the first ten months of CFY remained at 67.7 percent of a revised target of Rs 4,398 billion. Total expenditures increased to Rs 5,506.2 billion (14.3 percent of GDP) during first nine months of CFY compared with Rs 5,063.3 billion (14.6 percent of GDP) during the comparable period of last year, registering a growth of 8.7 percent during Jul-Mar, FY2019 against the growth of 15.5 percent in the same period last year.

Within the PSDP, federal and provincial PSDP’s decreased by 14.5 and 52.2 percent respectively during Jul-Mar, FY2019 over the same period of last year.

Total revenues of provincial governments increased by 1.5 percent during Jul-Mar, FY2019, whereas total expenditures declined by 5.2 percent. As a result, the overall provincial surplus increased to Rs 291.6 billion as compared to Rs 191.05 billion during the same period last year.

For FY2019, the provincial surplus target is budgeted at Rs 285.6 billion.

Twin deficits on the fiscal and external front, emerging inflationary pressure and high aggregate demand has posed challenges for the economy towards the end of FY2018. Resultantly, SBP reversed its policy stance since January 2018 from accommodative to contractionary monetary policy to curb excessive aggregate demand and ensure near term stability.

Within Broad Money, NFA of the banking sector further contracted to Rs 882.4 billion during 01 July-26 April, FY2019 against a contraction of Rs 475.4 billion during the comparable period last year. Therefore, both the SBA and scheduled bank’s NFA remained negative during the period under review.

Capital Adequacy Ratio (CAR) improved to 16.2 percent as of end December-2018; well above the minimum required level of 11.90 percent and a global benchmark of 10.5 percent.

Capital market in Pakistan plays a crucial role in mobilizing domestic resources and channeling them to productive uses; however, its performance remained volatile during the period under discussion. Many factors contributed to its volatility.

However, it has remained volatile during the period under review and closed at 38,649 points on March 31, 2019, while the market capitalization was Rs.7,868.6 billion. The average daily value traded (T+2) during the first nine months of FY 2019 was Rs. 7.2 billion and the average daily turnover was 170 million shares.

The average daily trade value in futures was Rs. 2.9 billion and the trading volume was 71 million shares during the period.

The foreign investors offloaded securities worth US$ 373 million which was absorbed by domestic investors, Banks/DFIs, companies and insurance companies. The strong buying by local investors has shown the confidence of the investors in Pakistan equity market.

Going forward it is expected that the market will move in upward trajectory. In order to provide short-term stimulus to the stock market and arrest its downward trend, the Economic Coordination Committee of the Cabinet Division authorized the government to issue sovereign guarantee amounting to Rs. 20 billion for investment in National Investment Trust (NIT)-State Enterprise Fund.

This step would increase liquidity in the PSX and would woo investors to divert more investment in the market. As of March 31, 2019, 120 corporate debt securities were outstanding with an amount of Rs.888.24 billion.

These nine months saw 10,865 new companies getting registered with the SECP, a growth of 30 percent from the corresponding period of last financial year. Assets under management of the mutual funds stood at Rs. 635.90 billion.

Equity Funds dominated the industry with the largest share i.e. 37.75 percent of the mutual fund industry. Money Market held the second largest industry share i.e. 36.93 percent, followed by Income Funds with an industry share of 17.50 percent as of March 31, 2019.

The SECP has taken additional measures in this fiscal year to address potential threat of money laundering and terrorist financing within its regulated entities and maintained integrity of the financial markets, including framing of SECP Anti-Money Laundering/Counter Financing of Terrorism (AML/CFT) Regulations 2018, amendment in Securities Brokers (Licensing and Operations) Regulations 2016 by introducing pre-condition that ultimate beneficial owners of securities broker should not have been convicted in any predicate offenses provided under AntiMoney Laundering Act 2010 or the Anti- Terrorist Act 1997, and organizing fifteen awareness sessions on AML/CFT regulatory framework.

The Oil and Gas Regulatory Authority revised the retail prices of natural gas for various consumers after keeping them unchanged for about two years. The substantial increase of 9.4 percent was witnessed in March 2019 while in April 2019 it was recorded at 8.8 percent.

During July-April FY2019 headline inflation measured by CPI averaged at 7.00 percent against 3.77 percent during the corresponding period of last year on the back of the prevalence of some underlying demand in the economy as well as continued pass-through of exchange rate depreciation and higher fuel prices.