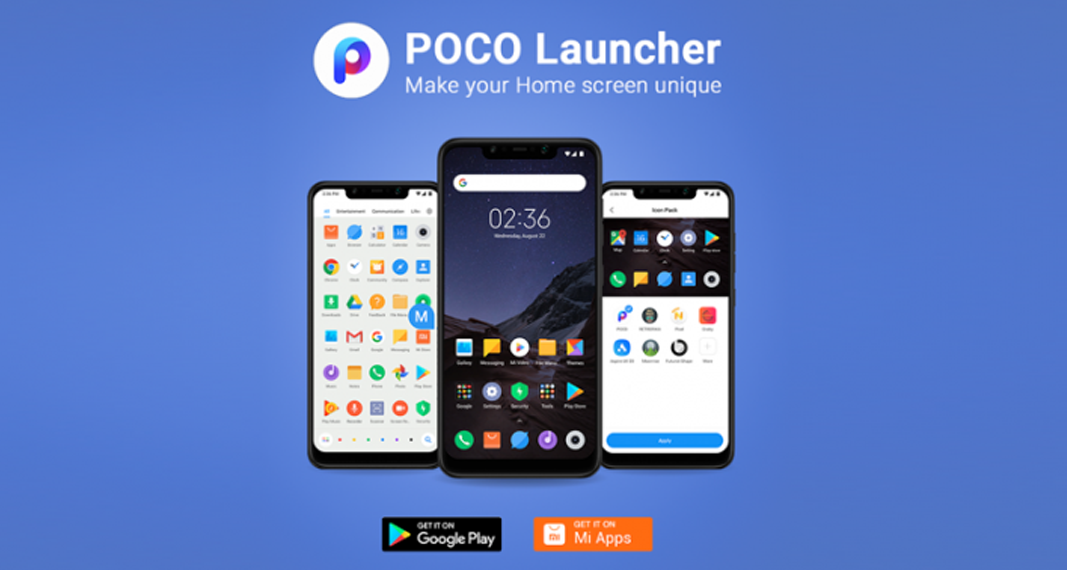 Currently in beta, will be available soon.

Xiaomi’s Pocophone came with its own exclusive UI, called the Poco Launcher. The company later put it on Google Play Store for everyone to use, and now, Xiaomi is all set to release a newer version of the custom UI for everyone.

Do you want to experience POCO Launcher 2.0? Come and join us to be a user of POCO beta. A totally new launcher journey is waiting for you.

It will be called the Poco Launcher 2.0, bringing a cleaner look and smoother performance. There’s no detailed changelog yet, but what we do know is that you can now have semi-transparent backgrounds for the app drawer, so you can see your wallpaper even under the white/grey/black layer. It is customizable in a way that you can have your main image and Dark Mode enabled at the same time.

With the Poco Launcher 1.0, you could add applications in preset groups like Entertainment and Social, but with the newer version, some of them can be deleted so you can create your own sections with different apps.

The MIUI ROM team didn’t mention when a stable version of the UI will be launched to Google Play Store, but if you don’t want to wait, there is a beta version available for testing via the Google Play Store beta program.