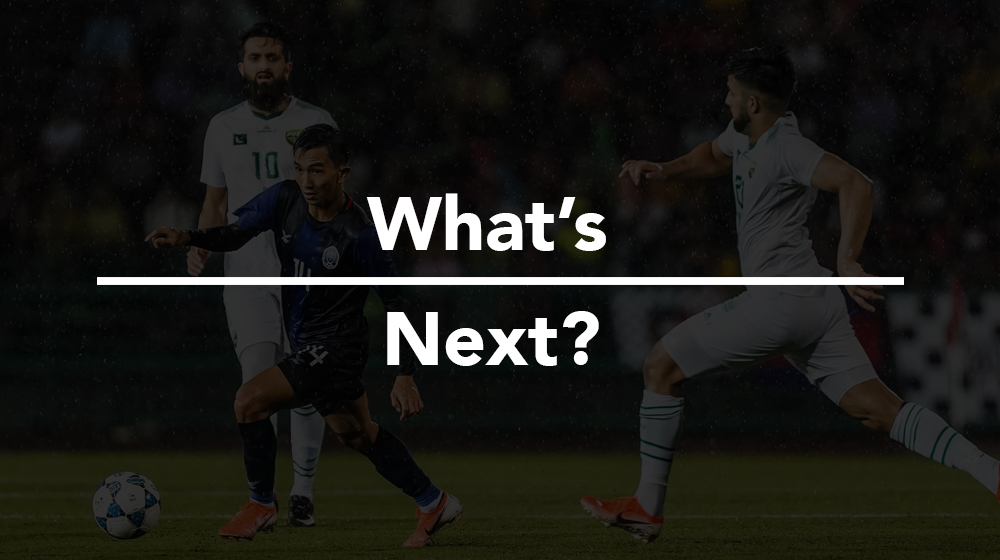 After a heart-breaking 4-1 loss against Cambodia in the 2022 FIFA World Cup qualifiers, Pakistan faces an uncertain future in international wilderness compounded by political problems at the Pakistan Football Federation (PFF) and a ranking of 205.

The game that could have changed the future of Pakistani football and helped the country claim their first ever win in the FIFA World Cup qualifiers ended on a sour note, as the Shaheens failed to register a comeback in the 2nd leg at the Hamad bin Khalifa International.

Cambodia, buoyed by a 2-0 win in Phnom Penh courtesy of Pakistan’s own mistakes, were defensive for most of the 90 minutes and took an early hit inside 20 minutes when Hassan Bashir narrowly converted a penalty.

Hassan, along with the likes of Adnan Muhammad (Lyngby FC) and Mehmood Khan (SSGC) pressed forward for an equalizer and spent the first 45 minutes dominating the visitors. However, like the first leg, the Cambodians caught the Pakistani defense snoozing and notched their third against the run of play.

With the wind knocked out of them, Pakistan lost their morale and in the end, Cambodia added more misery to Pakistani hopes, sealing the game with a resounding 4-1 win on aggregate.

Problems On and Off the Pitch

Regardless of what transpired on the pitch, Pakistan faces a difficult situation off it now. The game, over two legs, could have been a watershed moment for the country that has yet to win a game in 28 qualifying matches for the FIFA World Cup, but will now see Pakistan out of competitive action when the rest of Asia begins their 1st round qualification phase.

Had Pakistan made it past the pre-qualifier that would have resulted in 4 home and 4 away games over the course of a calendar year, that too on FIFA Match days. The way the pots and groups are selected, Pakistan would have had a chance of competing with the big boys of Asia including Japan, South Korea, Australia and Iran as well as having a crack at the 2023 AFC Asian Cup, but will instead have to settle for the AFC Solidarity Cup next year, which acts as much-needed game time for teams out of the qualifiers.

However, with teams like Brunei and Timor-Leste, it’s going to be far less glamorous with no real prize at the end of it.

Meanwhile, at home, the situation is divided with two factions of the PFF warring against each other. One led by Ashfaq Hussain is recognized by the Supreme Court of Pakistan and is currently in control of the PFF House in Lahore, meanwhile, the Faisal Salah Hayat led division is sanctioned by FIFA and was responsible for sending the team in the FIFA World Cup qualifiers as well.

The situation has been unable to resolve itself over the last few months and the only beacon of hope is expected from FIFA, who recently sent a fact-finding mission to Pakistan. While the results are awaited, the jury is out whether FIFA will truly step into resolving the dispute, after having failed to take proper action in the last 4 years.

Meanwhile, the Pakistan National Team will spend the next year without competitive action (unless friendlies are held) and could also sit out the 2020 SAFF Championship, which is scheduled to be held in Pakistan as per the draw, but with the political situation, that too maybe shelved; much like Pakistan’s aspirations of winning their first ever FIFA World Cup qualifier.