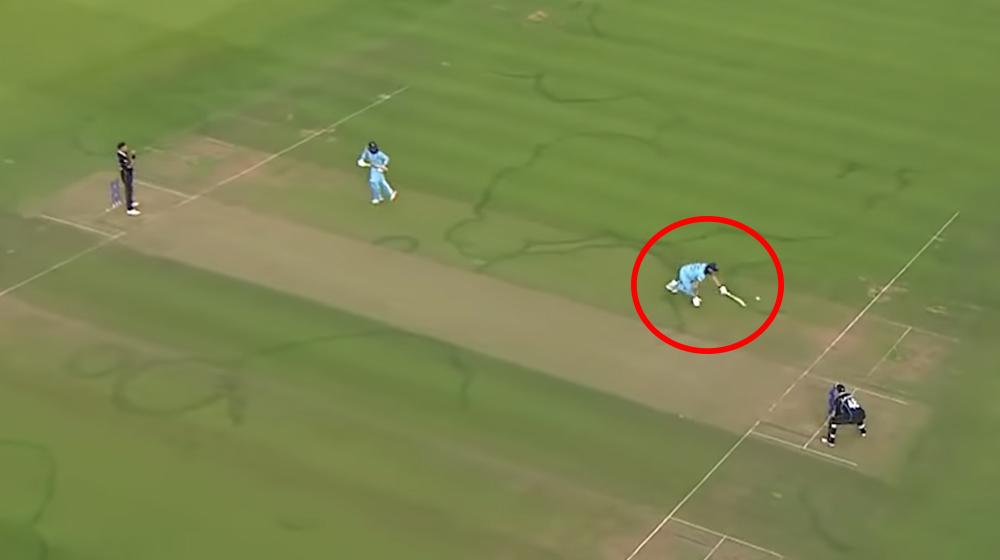 In an attempt to complete the second run and keep England’s hopes alive to win the World Cup final, Ben Stokes made a huge dive to get back in the crease while completing the second run in the final over of the chase.

The throw from Martin Guptill from the deep mid-wicket was a good one but luck intervened and the ball hit Stokes’ extended bat and was inadvertently sent to the boundary.

After much contemplation from the umpires, Kumar Dharmasena signalled 6 runs in favor of England. But was that the right decision? The law of the game disagrees.

With the margins so tight – each run mattered in the game and England just might have been given an extra run.

According to Law 19.8, pertaining to “Overthrow or wilful act of fielder”, the second run shouldn’t have been included which meant that 5 points should have been awarded to England; 4 overthrows and 1 run which was completed by the batsmen.

The law states as following:

If the boundary results from an overthrow or from the wilful act of a fielder, the runs scored shall be any runs for penalties awarded to either side, and the allowance for the boundary, and the runs completed by the batsmen, together with the run in progress if they had already crossed at the instant of the throw or act.

Reviewing the footage, we can clearly see that when the ball was released from Guptill’s hands, Ben Stokes and Adil Rashid had not crossed yet. (at 00:45 timestamp).

Keeping the aforementioned law in mind, the extra run shouldn’t have been awarded to England.

Simon Taufel, one of the most experienced former umpire, in an interview, confirmed that England shouldn’t have been awarded an extra run due to the very reason that the batsmen did not cross yet.

Sources claim that the International Cricket Council (ICC) has been approached regarding this matter by media sources and other journalists to clarify the decision made by the on-field umpires.