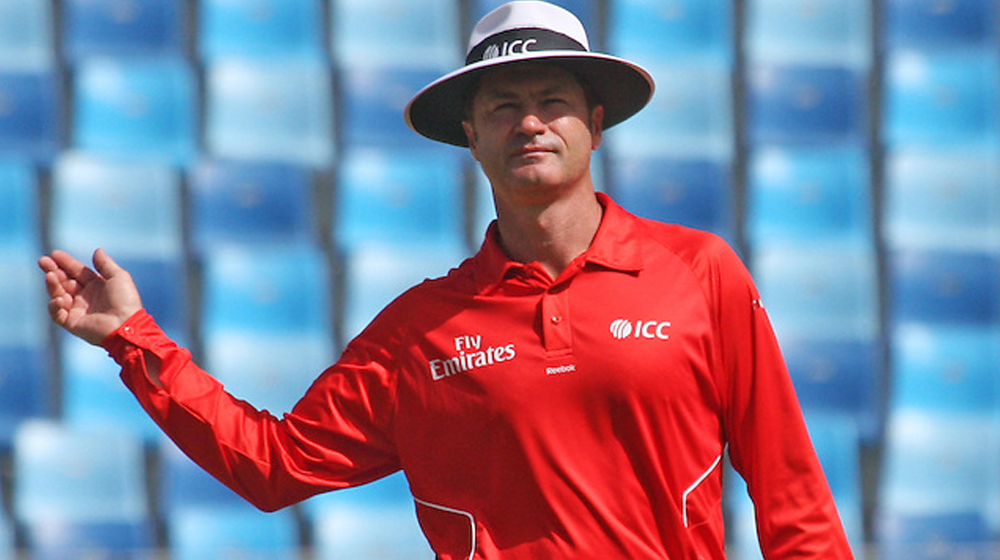 The controversy regarding an extra run being given to England has been circulating ever since the match was concluded on Sunday evening, which England won by very small margins.

Former number 1 ranked umpire Simon Taufel has confirmed that England should have been award 5 runs instead of 6 off the third-last ball of their innings in the final.

While talking to The Age and Sydney Morning Heral, Taufel explained:

He defended the umpires and said that it is extremely difficult to keep little details in mind in the heat of the moment.

In this particular case, the umpires have got a lot on their plate, because like every ball, they’ve had to watch the batsmen complete the first run, they’ve had to watch the ball being fielded, to understand how it’s in play, whether the fielder’s done the right thing. Then they’ve got to look to see when the ball is released, in case there is an overthrow. And that happens every delivery of the game. And then they’ve got to back to see where the two batsmen are.

They’ve then got to follow on and see what happens after that, whether there is a runout, whether there’s an ‘obstructing the field’, whether the ball is taken fairly. There are multitudes of decisions to be taken off the one delivery. What’s unfortunate is that people think that umpiring is just about outs and not outs. They forget we make 1000s of decisions every match.

Simon Taufel, who won the International Cricket Council (ICC) umpire of the year from 2004 to 2008, is one of the most qualified people to talk on this matter. Additionally, he has also been a member of the MCC Laws subcommittee.

Further talking about the matter, he said:

It’s unfortunate that there was a judgment error on the timing of the release of the ball and where the batsmen were. They did not cross on their second run, at the instant of the throw. So given that scenario, five runs should have been the correct allocation of runs, and Ben Stokes should have been at the non-striker’s end for the next delivery.

We’re not perfect. You’ve got the best two umpires in the elite panel doing the final. They’re doing their best like the other two teams are. This is just part of the game.

I think it’s unfair to say that the World Cup was decided by that one event. There’s a lot of ‘what ifs’ and ‘what should bes’ and ‘what could bes’ that happen off those 600-plus deliveries. That’s the nature of sport.