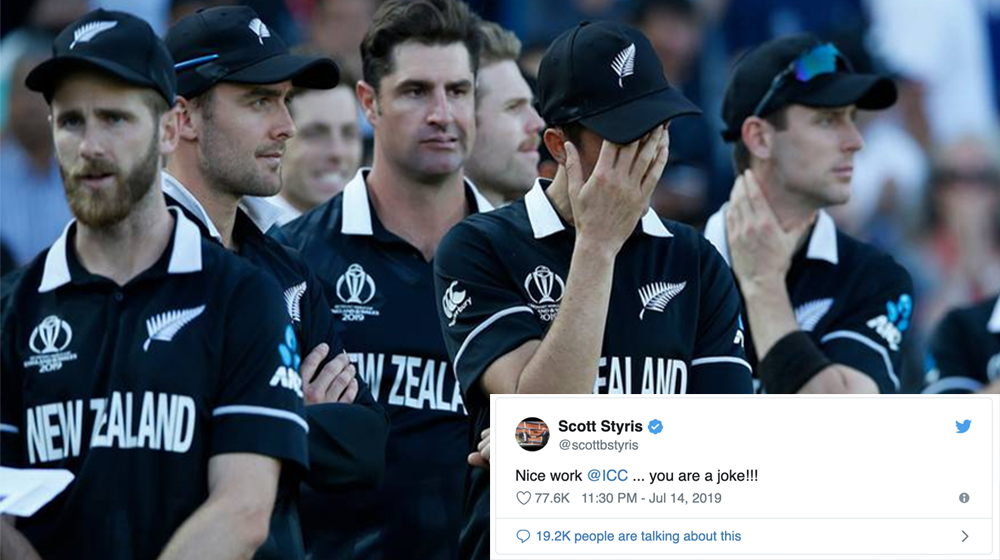 The final of the Cricket World Cup 2019 was arguably one of the greatest one-day international games in the history of the sport.

Although there had to be a winner, many believe that New Zealand did not lose the match based on merit.

Encouragement from the Prime Minister

This was New Zealand’s second successive loss in the final of the tournament but the New Zealand Prime Minister Jacinda Ardern focused on the positives from their campaign.

In an interview, she further added:

I think probably like a lot of New Zealanders I’m still feeling quite traumatized by that match. It was an incredible game, I can’t recall seeing a game like it and I think it will just go down in history for just being a remarkable game of cricket.

But regardless of that final outcome I just feel incredibly proud of the Black Caps and I hope every New Zealander does because they played remarkable cricket across the course of that tournament, and they certainly did in that last match.

What an extraordinary game. Not sure superover is the right end. Whatever NZ you can be so, so proud of this team. @BLACKCAPS #BackTheBlackCaps

He further boosted the morale of the team by praising them and claimed that the New Zealand team are a gutsy and a team with integrity.

Cricket is a game often decided by centimetres. And so it was today. But the big things matter too. Who you are as a person+team. A gutsy, talented group who play the game the way it should be played, for each other+ with integrity. So proud of our @BLACKCAPS #BackTheBlackCaps

Former Kiwis legendary cricketer Scott Styris labeled the governing body as a joke following the conclusion of the match. He took to Twitter to express his views.

He then retweeted a tweet which emphasized that the match should be considered a tie.

Boundaries win the World Cup? Lovers of cricket turn up for wickets (ENG 10-241, NZ 8-241) AND runs. I love both of these teams but am feeling extremely dissatisfied despite such an amazing match. Shame on all media who fail to highlight the fact that this was a tie. BOOOOOO

Later on, Scott further explained his disappointment in response to a question by a renowned Indian commentator Harsha Bhogle.

He said that ICC should have shared the trophy after the scores were tied in the Super Over as well.

Shared. This isnt franchise cricket, nor is it a match to find a winner to advance a stage. It was two fabulous teams who battled for 100 overs. Simply a tie https://t.co/PywsqHrDRE

Exciting Final but a Cruel One

Another former New Zealand legend Stephen Fleming, in an interview, claimed that New Zealand did not deserve to lose the game. He also took to Twitter and posted the following tweet:

ICC rules state that the World Cup trophy is shared if the final is washed out.

So it seems strange that England and New Zealand would be declared joint winners after rain, but not after they literally cannot be split. Two ties and it goes to a boundary countback. Hmmm. #CWC19

Arbitrary method of a winner.

I know it won't happen, but, does anyone else agree that, when you need to resort to such an arbitrary method to find a winner between two such evenly matched teams, the Cricket World Cup title and trophy should be shared between England and New Zealand for the next four years?

#WorldCup2019 |
The ICC World Cup 2019 trophy should have been shared by England and New Zealand, felt Sir Garfield Sobers after both teams' scores were tied after 50 overs as well as the Super Over.
Story by: Bipin Danihttps://t.co/c1u5GsSc65

Do you think the World Cup trophy should have been shared by New Zealand and England? Let’s discuss in the comments section below.