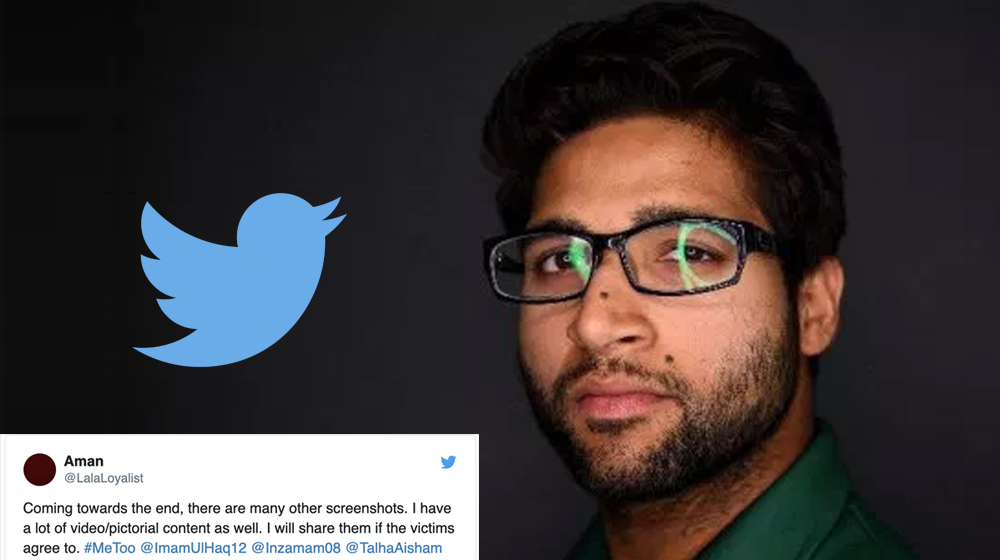 Following the alleged involvement of Imam-ul-Haq with several women including during the official tours of Pakistan cricket team, the social media is split over the whole controversy.

Ever since his inclusion in the team, Imam has been labeled as a parchi since he is the nephew of former chief selector Inzamam-ul-Haq, who was in power when Imam made his debut.

Fighting against the sheer criticism regarding nepotism, Imam has now found himself in hot waters over a completely different scenario.

Here is how everyone has reacted to the controversy.

Is it a #MeToo claim to begin with?

Don’t think this Imam ul Haq allegation falls under me too, these screenshots do suggest Imam’s a liar, womanizer & flirt but none of the allegations are of abuse or physical violence, in-fact all these are consensual https://t.co/EXd6ZL4uFt

Okay so the real person #Imamulhaq was chillin’ with 😏 pic.twitter.com/GJI5thiw4j

The girl who exposed #Imamulhaq turned out to be a fake. First she changed her username from @yourferiha to @yourfari and now deactivate her account. It is now confirmed that those screenshots were fake. What a twist. Lmaooo pic.twitter.com/klmfBiYAHm

Another side of the story.

I agree, in some instances, the girls are to be blamed too. But not when multiple girls come forward with the same story and similar SS’s and vids/pics! And the girls usually expose them when they find their (the guy’s) true motives not when a demand is declined. IMO! https://t.co/6pB5MaZS2l

From Dead to Rights to Dead to Imam-ul-Haq.

Imam Ul Haq after knowing about all those SSs from girls.#MeToo pic.twitter.com/cGqRkWAq8D

When you are equally responsible for such acts, you didn't have a right to share your personal conversation in public, it is not harassment ,It is not bad to have a relationship with someone,,,,but it is definitely bad to have relationships with many.#Imamulhaq

Imam Ul Haq can be liar, womaniser but consensual conversation is not harrasement. Stop using #Metoo, bc this thing doesn't come under that.

This hashtag #Metoo was a good thing. To come forward and share your story so that you could get justice. Now it's used for manipulations. There is a diff in harassment and mutual flirting. Feminism was a positive thing but now has become nothing but cheapness,Sighs.#Imamulhaq

I think feminists need to speak out about this Imam Ul Haq issue and openly oppose it being taken under #MeToo umbrella because it is badly hurting the repute and purpose of the movement. This needs to be nipped in the bud before the movement becomes polluted with cases like this

From one to another