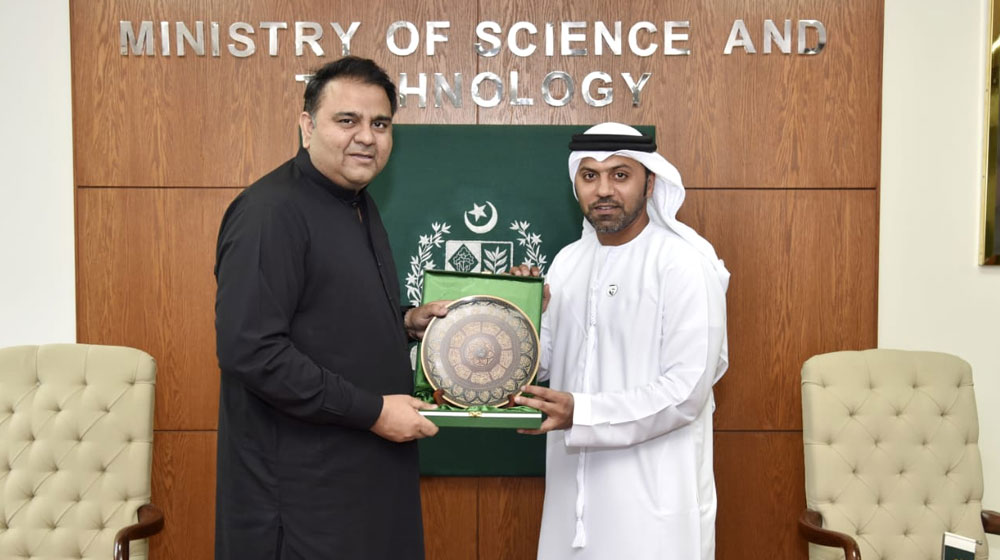 Fawad Chaudhary, the Federal Minister for Science and Technology, has declared that a state-of-the-art biotechnology park, in partnership with the United Arab Emirates (UAE) and Saudi Arabia, will be set up in Pakistan.

Chaudhary, whilst speaking to the UAE ambassador Hamad Obaid Ibrahimi Al-Zaabi, who met him in Islamabad, stressed the necessity to boost the trust and collaboration between Islamabad and Abu Dhabi.

He said, “The government desires to establish a research center decorated with modern standards in the country.” On the occasion, the UAE envoy assured the minister of full cooperation and support from his country.

During the meeting, the minister underscored the need for enhancing the partnership and cooperation between the two countries in the field of Science and Technology.

Govt to Send First Pakistani to Space in 2022: Fawad Chaudhary

Earlier in the day, Fawad Chaudhry, Minister for Science and Technology had stated that by 2022, the country will send its first citizen into space following a selection process.

Fawad took to social media and had tweeted that the selection process to find the perfect candidate would start from the next year.

In the selection process, “Fifty people will be shortlisted,” and the list will then be cut down to 25 persons, the minister had said.