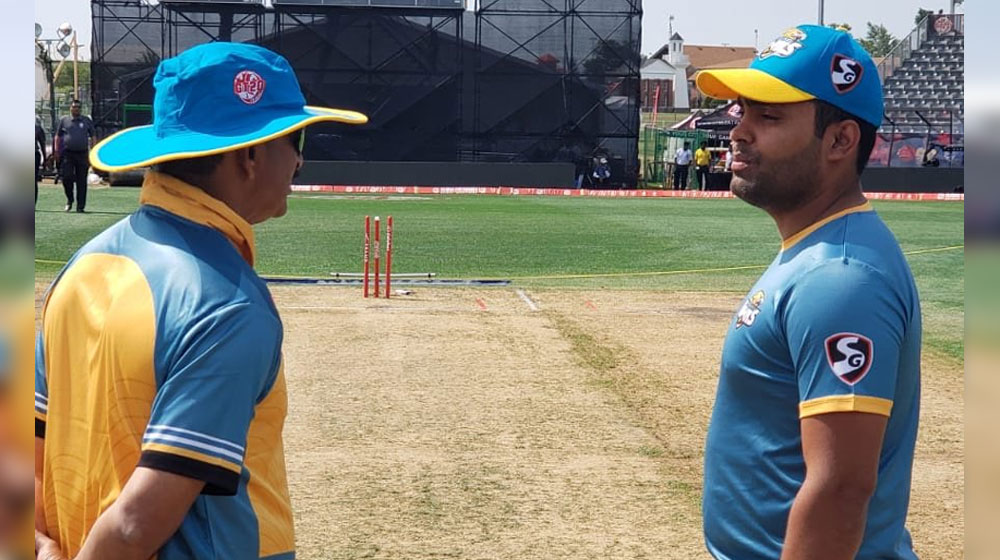 Pakistan middle-order batsman, Umar Akmal, has claimed that he was approached by a former Pakistan Test cricketer with a fixing offer during the ongoing Global T20 Cup in Canada.

Umar is part of Winnipeg Hawks squad in the inaugural season of the Global T20 being played in Brampton, Ontario in Canada.

Reporter Syed Yahya Hussaini disclosed the name of the Test cricketer on his social media. He said:

Umar Akmal alleges that the Test cricketer Mansoor Akhtar made him an offer for match-fixing offer during  Global T20 Canada League.

He further reported that Akmal has reported the incident to Pakistan Cricket Board (PCB) and the administration of the Global T20.

Mansoor, who represented Pakistan in 41 Test matches in the 80s, is currently based in the United States and is part of Winnipeg Hawks’ management. He has not been seen since his act was reported.

The anti-corruption unit of the T20 league has advised Umar to stay away from such people and keep them informed in case of further approaches.

It has been learned that Mansoor and an Indian national Krish were on the radar of the anti-corruption unit and players had been advised to be wary of them.

Akmal attracted the ICC’s wrath when he, during a televised interview in June last year, claimed to have been approached by the bookies to fix the match during the World Cup 2015.