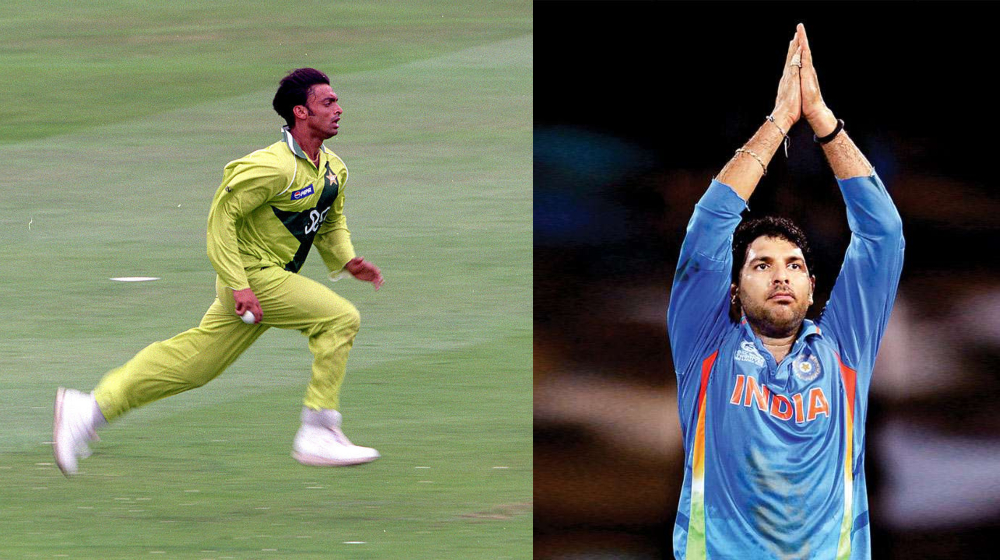 Former Pakistan fast bowler, Shoaib Akhtar took a dig at English pacer Jofra Archer for not running up to Steve Smith after hitting him on the neck.

During the second Ashes Test, Archer rattled Smith with a fiery bouncer, which ultimately prompted him to retire hurt after concussion tests.

The Rawalpindi Express bashed Archer for not showing courtesy to the injured batsman considering he walked straight back to bowl again. He took to Twitter to share his views on the incident.

Bouncers are a part & parcel of the game but whenever a bowler hits a batsman on the head and he falls, courtesy requires that the bowler must go & check on him. It was not nice of Archer to just walk away while Smith was in pain. I was always the first one to run to the batsman.

The 44-year-old said that during his playing days, he was always the first one to run to the batsman after hitting them with bouncers.

Pakistan-India rivalry is one of the fiercest in the world, but the cricketers from the two countries are good friends off the field. Yuvraj Singh, who recently retired from cricket, replied to Akhtar’s tweet, teasing him of what his words were when he ran up to the batsmen.

Acknowledging the fast bowler’s courteous nature, the left-handed batsman said that Akhtar always wanted the batsman to be alright so that he could offer some more sweet-chin music.

Yes you did ! But your actual words were hope your alright mate cause there are a few more coming 🤣🤣🤣🤣🤪

Akhtar had a knack of hurting the batsmen with some lethal bouncers and toe-crushing yorkers. Batsmen feared him when he had a ball in his hand, no matter the format.