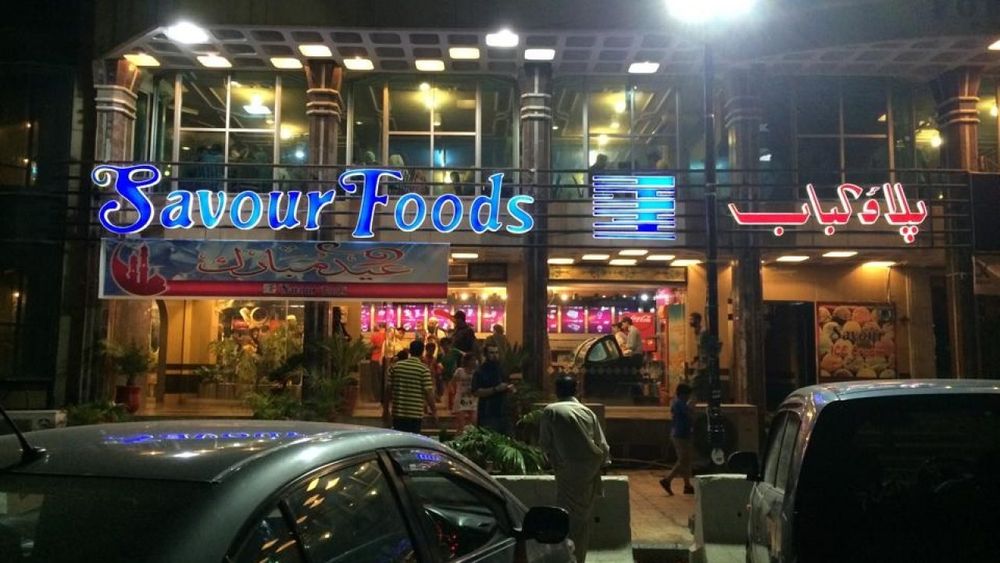 The Chief Executive Officer of Savour Foods, Muhammad Naeem has apologized on the ‘misbehavior and misconduct by some staff members during the usual visit of the team of Ministry of Climate Change’.

The popular food chain came under heavy criticism for manhandling government officials on their visit to enforce the plastic ban. The public had also called for a complete boycott of the restaurant for their poor behavior with the officials. The local administration sealed the restaurant after imposing a fine of Rs 0.2 million for the incident.

Naeem condemned the bad behavior of the staff, assuring that no such incident will take place in the future. 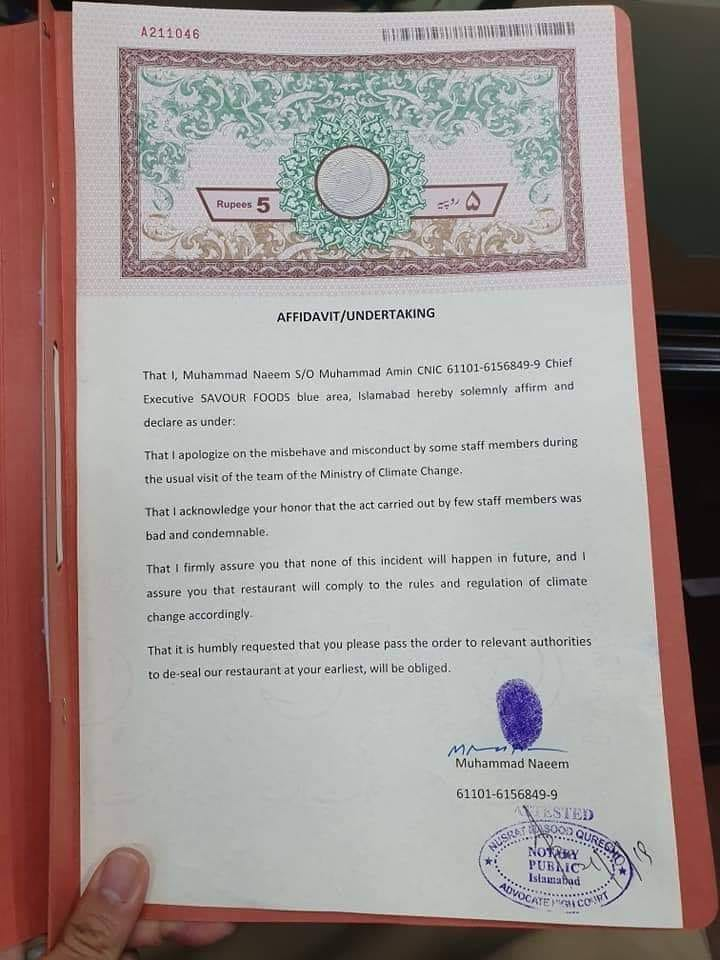 He submitted the undertaking on an affidavit the copy of which is available with ProPakistani.

I firmly assure you that none of this incident will happen in the future, and I assure you that the restaurant will comply with the rules and regulations of climate change accordingly.

He further requested the ministry to authorize Savour Foods to resume its operations in Blue Area branch.