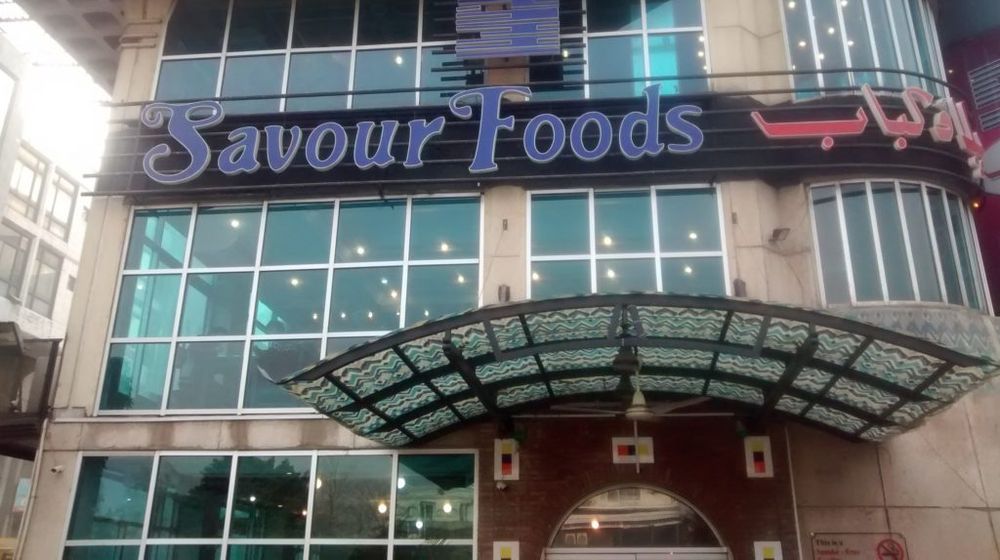 The video of the incident surfaced on social media where the staff and management of the famous food chain tried to kick out the joint team which visited the restaurant for an inspection.

Savour Foods,the staff said they will not stop using plastic bags and started misbehaving and man handling the govt officials.

Finally they are given 200,000 PKR fine and the restaurant is sealed by DC Administration Islamabad.#SayNoToPlasticBags pic.twitter.com/VYgbUo5kGi

According to details, Savour Foods was violating the ban imposed on plastic recently. The famous Pulao Kebab food outlet is still using plastic bags for packing its food items, despite a complete ban on the use of plastic announced by the Ministry of Climate Change which came into effect on August 14. However, a number of restaurants and local shop owners are resisting the ban considering they have been using plastic shopping bags for decades.

The local administration has imposed a fine of Rs 0.2 million while sealing the restaurant for violating the ban.

According to Deputy Commissioner Islamabad, the culprits have been taken into custody for manhandling government officials.

Sir FIR is being registered. Culprits under custody. I'll update in a while

The incident has prompted the social media users to call for boycotting Savour Foods for their shameful behavior. The hashtag #BoycottSavourFoods was trending on Twitter post the incident.

❌ #SayNoToPlasticBags @PakEPAIslamabad and @ClimateChangePK officials went to inspect Savour foods and their staff manhandled, pushed and misbehaved with the entire team including media.

STOP GOING TO SAVOUR FOODS. A fine of 2 lac is a joke. All of their branches should be banned for atleast 2 months with a heavier fine. Let them sit there all alone with their egos and food going to waste. #BoycottSavourFoods@dcislamabad

Really shameful, Disgraceful and unacceptable behavior by the Management of Savor foods.#BoycottSavourFoods

Instead of playing their role in #SAYNOTOPLASTICBAGS compaign; such a shameful act by savour Foods. @dcislamabad;@hamzashafqaat must take strict action towards their ridiculous behaviour with @ClimateChangePK team.#BoycottSavourFoods

Such audacity to beat up people who're following up on a ban proposed by the gov.

Having personally experienced such a behavior while reporting for an academic course, I know how disgusting these owners are. https://t.co/TiWS0pQ6FK

Meager fine of Rs 200,000 is rubbish. I would like to see a change in Pakistan where these monsters are taken to task and restaurant sealed and person resisting implementation of law Jail. WHO WILL DO THAT? I.K?? #BoycottSavourFoods

This isnt enough.
Let them learn a lesson. Abusing and Threatening a National Cause is a State Crime. Let this be an example for the rest of the Mafias.#BoycottSavourFoods pic.twitter.com/8hk2ZcDtEp

The people are appreciating the quick response by the Islamabad administration.

Example must be made out of them because no one is above the law!#BoycottSavourFoods#SayNoToPlasticBags https://t.co/4haKsFMlOj

Others agreed on the plastic ban, but not on boycotting a famous restaurant.