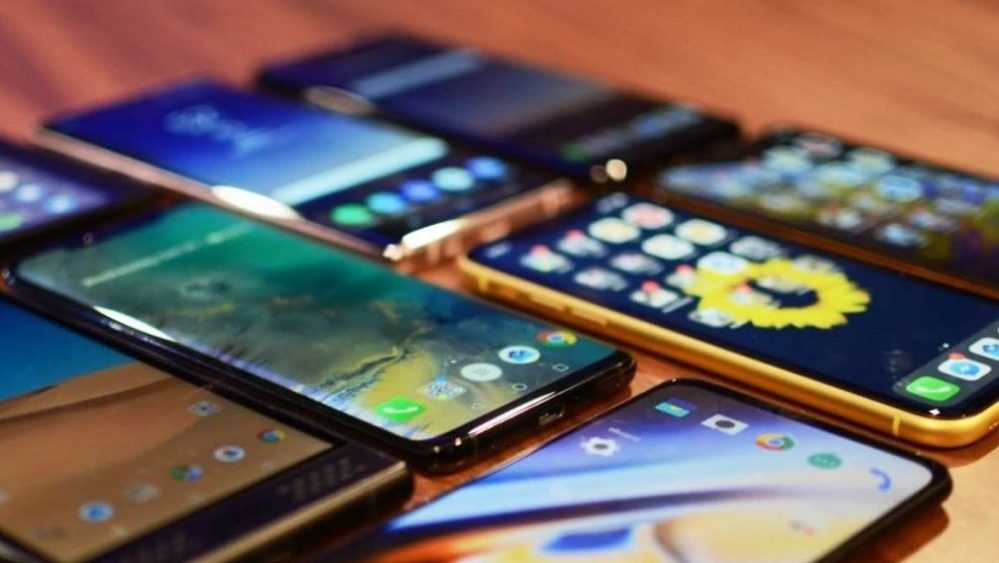 It seems unbelievable but as per latest stats shared by mobile phone companies with ProPakistani, DIRBS – a system to regulate the import of commercial and personal smartphones into the country – generated around PKR 6.5 billion in taxes.

The numbers show that the new system has apparently lowered the tax collection by around PKR 7 billion due to reduced consumption of data services by end-users.

This essentially means that DIRBS, while it has tangible benefits, has also actually impacted the uptake of smartphones and has resulted into lower data usage by the consumers, which resulted into decreased tax collection by the government on data services.

Telco data shared with ProPakistani revealed that ARPU (Average Revenue Per User) for a feature phone is around PKR 239 while the ARPU on 3G network is around PKR 370, which goes up to PKR 531 for a 4G subscriber.

GST share from this ARPU for 2G, 3G and 4G user stands are PKR 61, PKR 95 and PKR 136 respectively, clearly indicating that a user on a 3G or 4G network is more likely to generate higher taxes for the government. 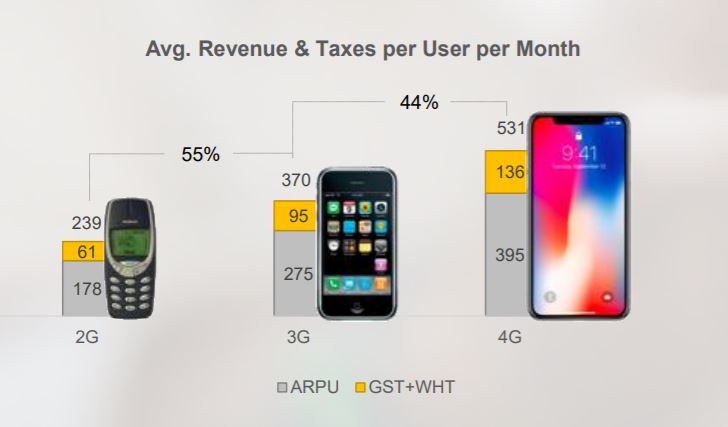 This shows that a smartphone user is more lucrative for mobile phone companies and the government.

Before DIRBS, there were a huge number of used and new smartphones that were brought into the country illegally, reducing the entry barrier towards 3G and 4G. This institutional smuggling of phones was causing damage to the country – in terms of tax evasion – however, it was a blessing in disguise as the smartphone uptake was phenomenal during the period.

Rapid growth in smartphone usage during the past few years – for both legal and illegal smartphones – ultimately resulted in higher GST collection for the government.

This has now been blocked as smartphone prices have gone up, mainly due to mandatory tax collection on each device. Hence there has been lower GST collection from the user, for whom the entry cost into smartphones has been jacked up by a good margin.

According to data available with ProPakistani, the share of smartphone imports in the country has dipped by more than 25% during 2019 as the smartphone import share dropped from an all-time high of 52.3% to a mere 40% after imposition of DIRBS.

Mobile phone companies, which are also bearing the brunt through decreased revenues, don’t want the DIRBS to go away, but they have urged the government to reduce taxes so that the impact of DIRBS is minimized.

“DIRBS is a beautiful thing. We are all supportive of it, however, because it’s now possible for the government to tax every phone that’s brought into the country, today is an ideal time to reduce the taxes on smartphones, particularly for the low-end devices that are used by the under-privileged individuals”, commented a C-Level executive of a mobile phone company.

Not to mention, GST is one thing that we are discussing here and where the government is witnessing a direct hit, there are a multitude of other factors that are also being impacted due to decreased smartphone uptake.

For reference, below are few of the elements that will not only impact the national economy but also the individual productivity of the masses due to slow or stagnant growth of smartphones in Pakistan:

As mentioned above, DIRBS is a nearly perfect system to have in place. It is important to curtail illegal channels, generate more money through levies and to make sure that no improper phone is used in the country (to maximize national security).

However, since the government has the opportunity to tap every phone now, it means there’s no way for any leakages and that’s exactly why today is the perfect time to reduce taxes or maybe abolish them altogether for low to mid-range (under Rs. 10-15K) smartphones.

The move will not only reduce the entry cost for the masses – and hence more adoption of newer technology in the country – but will result into growth in taxes for the government in various forms.

Keeping in view the above arguments, stakeholders have recommended the following changes in DIRBS:

Stakeholders argue that if the government decides to implement above-mentioned recommendations, there’s going to be a direct positive impact of PKR 8.6 billion in increased service tax collection for the government.

Based on past numbers, the market experts suggest that there’s going to be at least 5 million more smartphones imported into the country. This will not only result in GST collection for the government but will also create additional revenue opportunities for the government through higher smartphone penetration.

While reducing taxes on smartphones could be a temporary solution to our national problem. The ultimate solution is local manufacturing or at least the assembly of smartphones within the country.

Pakistan needs to give a tax holiday for raw material (used for manufacturing/assembly) of smartphones to boost local production of smartphones.

This whole process will not only impact Pakistan’s import bill positively but will enhance the smartphone uptake in the country, mainly due to lower prices due to local manufacturing.

But then again, this is something that we all know. But there’s no positive step taken in this direction and after years of discussions, seminars and conferences, we are still struggling with very high import bill and tons of taxes.

It is hoped that sanity will final prevail at the policy-making level and local manufacturing will be made lucrative for phone makers to resolve our problems for good.