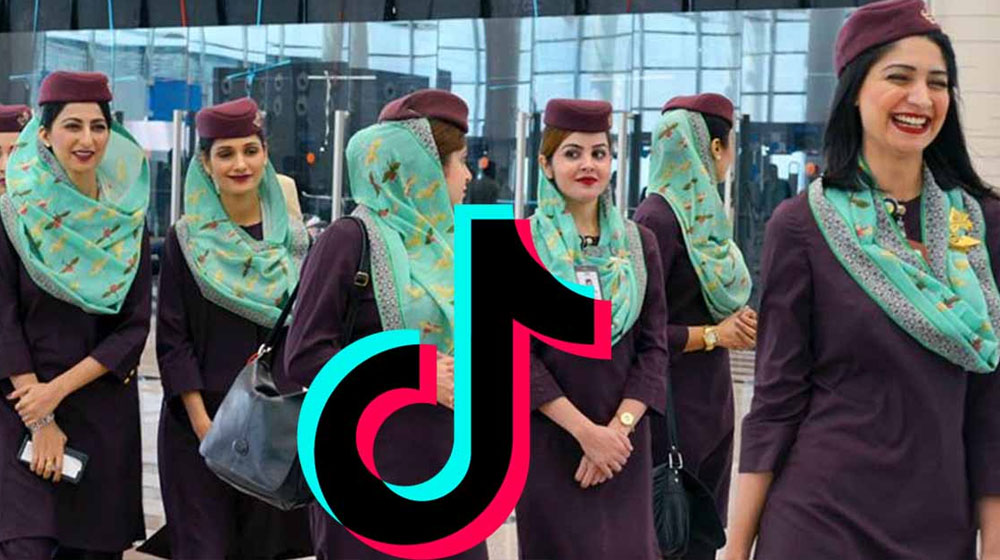 The administration of Pakistan International Airlines (PIA) has taken strict action against three of its flight attendants whose TikTok video in official uniform had gone viral.

Two air hostesses and a steward have been grounded from international flights for an indefinite period, besides being served with a show-cause notice.

In a separate incident, a PIA air hostess was barred from smuggling 380 grams of gold nose pins worth over Rs. 2 million at the Islamabad airport.