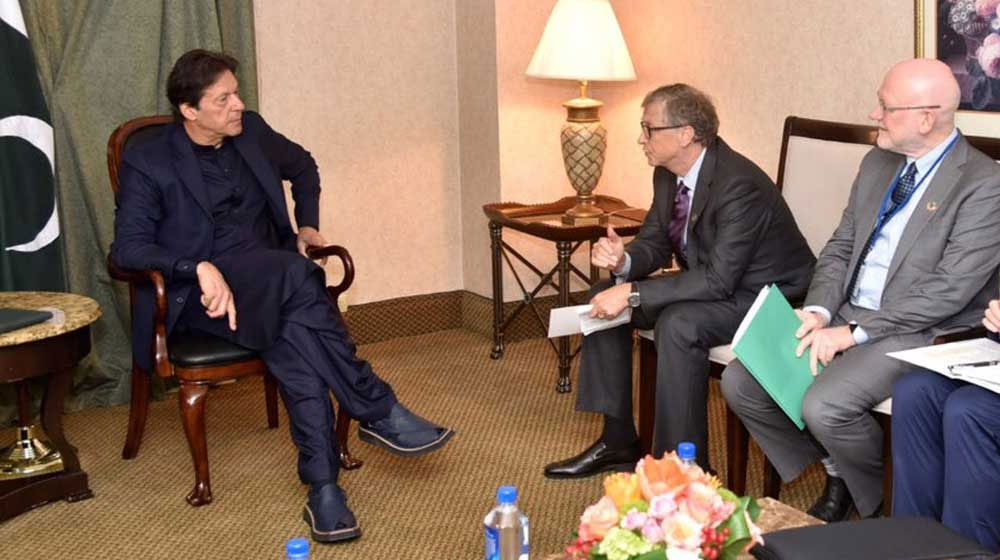 The co-founder of Bill and Melinda Gates Foundation took to Twitter to applaud PM Khan’s sincere efforts in eradicating poverty from the country.

His company has also signed a Memorandum of Understanding (MoU) with the government of Pakistan to fund the anti-poverty drive.

Gates tweeted Thursday, appreciating PM Khan and the chairperson of BISP and Ehsas Program, Sania Nishtar for their leadership in developing a new poverty-alleviation drive.

The MoU was signed on the sidelines of PM Imran and Sania Nishtar’s meeting with the leadership of BMGF in New York on Thursday.

Speaking on the occasion, Khan said he is fully committed to eliminating the menace of poverty and polio from the country.

He said Ehsaas Program is one of the “the biggest anti-poverty project ever launched in the country, and it has been planned with a great deal of attention to detail.”

“I’m pleased that the Bill & Melinda Gates Foundation will assist with a range of activities including accelerating stunting reduction programs, supporting financial inclusion initiatives, and investing.

The drive aims at collaborating with all the stakeholders — public, private, civil society, philanthropists, and expatriate Pakistanis towards one collective goal – poverty alleviation.

The anti-poverty drive aims to change the lives of at least 3.3 million poor people in the next four years through various steps.