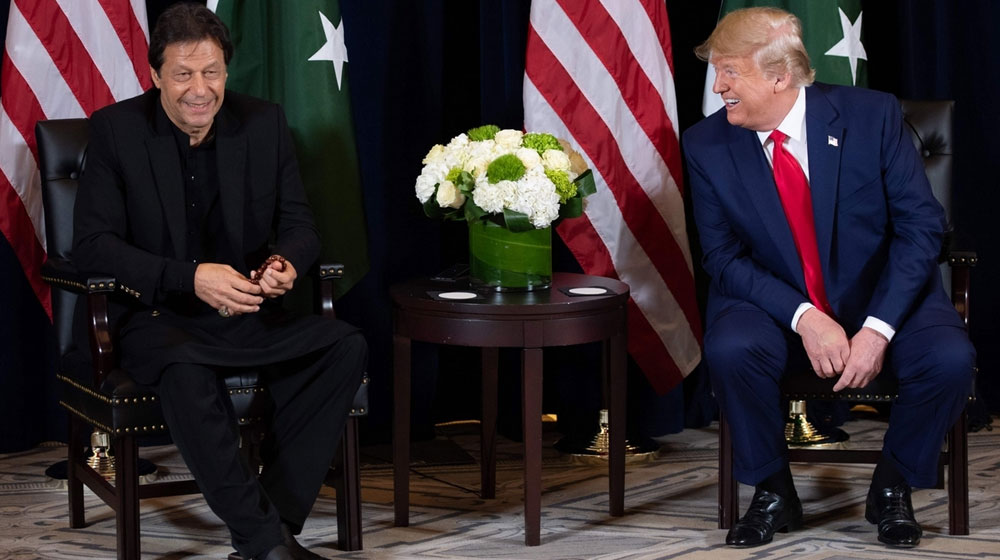 Prime Minister Imran Khan’s robust, unapologetic, and peace-driven position in the United Nations has forced world powers, including the United States, to change their stance on Kashmir.

Before his recent visit to the United States, where he engaged with the leadership of over a dozen countries in just a couple of days, the world gave a lukewarm response over Kashmir conflict. Besides a few voices, no world power had spoken for oppressed Kashmiris.

At a time when the occupied valley is under a siege, Imran Khan effectively presented Kashmir’s case and shook the world’s conscience.

Be it the presser with President Donald Trump ahead of the one-on-one meeting, the forum of Council on Foreign Relations, his interviews with international media or meetings with the world leaders, his active diplomacy on Kashmir has given a new life to the Kashmir cause.

Not only did he exposed the Modi-led Indian government’s fascism, but he also portrayed the moderate and progressive face of Pakistan before the world community.

“I have come to New York, especially for Kashmir. Everything else is secondary. The world doesn’t realize that we are heading for a big disaster.” – He told this to the Wall Street Journal.

“There eight million Kashmiris for fifty days have been shut inside. Fifty days, nine hundred thousand Indian troops have shut-in, in their homes, eight million Kashmiris. This was a disputed territory, Kashmir, between Pakistan and India. The United Nations—the Security Council, had given the people of Kashmir the right of self-determination, which was never given to them.” – At the Council of Foreign Affairs.

The US Changes Stance on Kashmir

PM Khan’s aggressive diplomacy and continuous hammering for support towards Kashmiris have outdone India’s efforts to keep the world out of this issue. On Thursday, the US State Department pushed New Delhi to ease restrictions in Kashmir and release the detainees quickly.

“We hope to see rapid action — the lifting of the restrictions and the release of those who have been detained,” said Alice Wells, the top State Department official for South Asia.

It was very clever of PM Khan to attribute Narendra Modi with much-hated personality in the Western world – Adolf Hitler. Khan is well-aware of Western mindset, as he claims, and rightly so. Calling Modi a fascist and a war-monger like Hitler has turned many heads in Europe and America.

This has prompted European parliament to stage a debate on Kashmir – probably for the first time in 70 years.

What to Expect Next?

With pressure mounting on India, both from within and international powers, it is likely that the Modi government will ease off the restrictions. However, as anticipated, this may lead to abrupt and violent protests which might see thousands of people killed in the valley. Pakistan has already hinted that India might want to carry out a false flag operation in Azad Kashmir to divert global attention.

PM Khan, on the flip side,  has reiterated that if the situation escalates this time, it might lead to a nuclear encounter between Pakistan and India.